You are here: Home / Entertainment / A Guide to Second Date Sex – Film Review 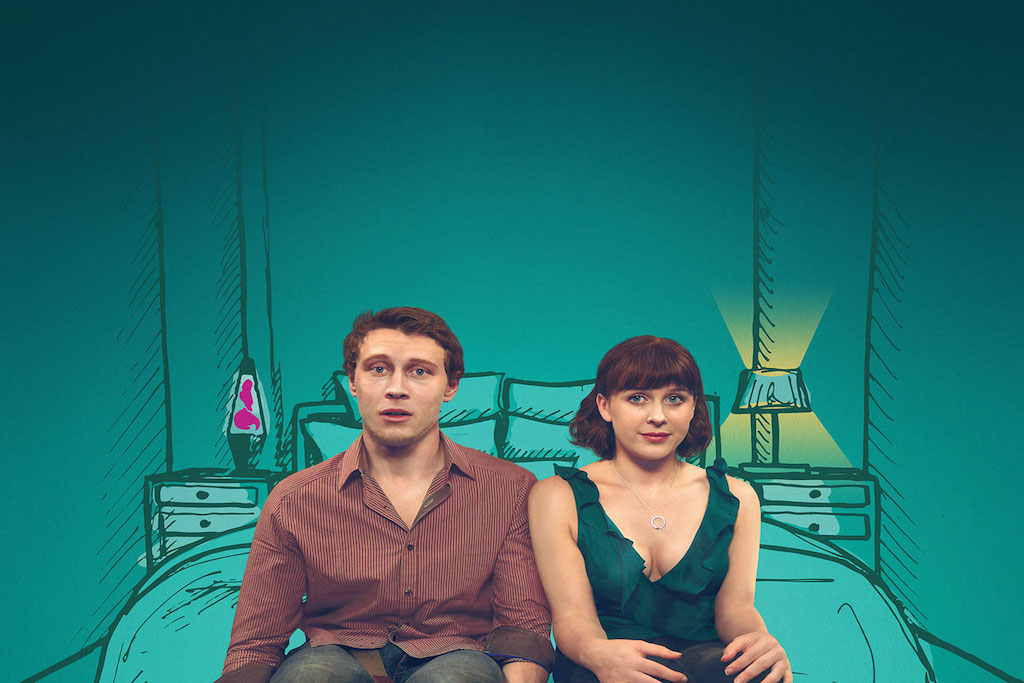 We all know the standard dreading that comes with the format of a first date – you worry you might say the wrong thing or wear the wrong outfit – but what happens when the first date is such a success that all the pressure falls on the inevitable sophomore get-together?

This is the dilemma for young Brits Laura (Alexandra Roach) and Ryan (George MacKay), whose meet-cute at a nightclub one evening was so effortless that all the excitement about seeing each other again has transformed into sheer terror.  Why? Well, apart from the fact that they had a little liquid courage in their system the first time, they’ve both been more than a little hurt by their exes – the particulars gradually reveal themselves throughout the course of the evening – and in listening to those closest to them (never the smartest idea, as far as rom-com tropes go) they try to not be themselves in a bid to right any relationships wrongs.

After receiving less-than-encouraging advice from (respectively) her mother and his best mate, Laura and Ryan’s intended date buckles under his nerves, and the plan to go for a relaxed Indian dinner falls by the wayside.  They fumble through awkward small talk as he offers her port, and the rather unsubtle suggestion to watch a film in his bedroom indicates the two of them are skipping straight to dessert; after deciding against his Pixar collection and The Godfather trilogy, they settle on Cruel Intentions to set the mood.

It’s awkward, it’s raw, it’s far too relatable…but above all, A Guide to Second Date Sex is bloody funny.  Based off writer/director Rachel Hirons’ own stage play, there’s the sense that she is completely in control of the material – whether it be the awkward abounding moments between the two, the more outlandish situations regarding Ryan’s ghostly housemate (he more materialises rather than announcing himself), or when the film adheres to more traditional genre tropes by introducing a key figure from Ryan’s past that unexpectedly links him and Laura beyond their date – and thanks to MacKay and Roach, it’s elevated further.

Fresh off his lauded turn in 1917, MacKay proves his worth as the rom-com everyday man, crafting a character that is at once vulnerable and inappropriate, but consistently likeable.  Roach also transcends the genre archetype, committing fully to the comedic material on hand (an impromptu shaving scene and her character’s mantra of wondering “What would Shakira do?” just two prime examples of her farcical strengths).

A Guide to Second Date Sex doesn’t reinvent the wheel, and perhaps its frankness and awkwardness may turn off audiences expecting something a little more traditional, but in a genre that is so often shallow and playing by the rules, this particular Guide is a welcome addition.

About A Guide to Second Date Sex

Laura (Alexandra Roach) and Ryan (George MacKay) are perfect for each other: they both love Meryl Streep, have been totally destroyed by previous relationships, and they have no idea what they are supposed to do tonight. They also both know that they’ll have to pretend to be completely different to how they’ve ever been previously, in the hope of getting it right this time. How bad can a second date really go and what is there to lose? Ryan and Laura are about to find out
A Guide to Second Date Sex (MA15+) is screening in Australian theatres from February 13th 2020.