You are here: Home / Entertainment / An Uncommon Woman by Nicole Alexander – Book Review 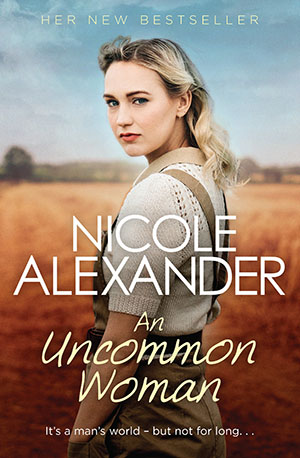 An Uncommon Woman is Nicole Alexander’s latest novel and began with an idea based on an article in a 1930’s Tasmanian newspaper.

Great changes were occurring worldwide in the 1920’s and 30’s. In 1929 The United Associations of Women was formed in Sydney NSW, and, together with the NSW League of Women Voters, formed the previous year, they pressed for greater feminist reforms as more and more women joined the workforce.

But for motherless Edwina Baker, living on the family farm in Western Queensland with her father and brother, prospects are limited. Her overbearing father has his mind set on her marriage, preferably to the son of one of his wealthy business associates.

Edwina, however, has a great affinity with the land and fights for recognition of her plans for the management of the property, which she understands far better than either her father or brother.

In defiance of her father’s wishes, she attends the circus when it comes to town and there meets two men. Mason is a pastoralist, and Will Kew a labourer, who was recently dismissed from the farm. They will both strengthen her resolve to lead the life she desires.

Later disagreements with her father lead to near tragedy. Will this break her resolve and what course in life will she choose?

Nicole Alexander’s extensive knowledge and love of the land creates a novel alive with a wealth of history relating to pastoral Western Queensland in the late 1920’s. She has written a wonderfully descriptive narrative of the landscape and the characters that inhabit it.

An Uncommon Woman is currently available from your favourite bookstore in paperback or ebook. 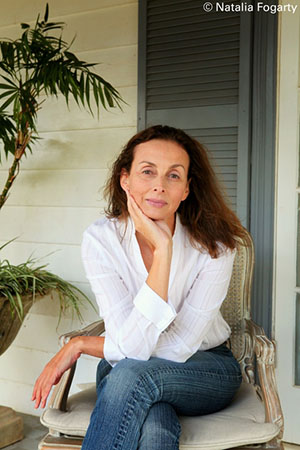 Nicole Alexander is a fourth-generation grazier. She returned to her family’s property in north-west NSW in the early 1990s and is currently the business manager there. She has a Master of Letters in creative writing and her novels, poetry, travel and genealogy articles have been published in Australia, Germany, America and Singapore. She is the author of seven novels: The Bark Cutters, A Changing Land, Absolution Creek, Sunset Ridge, The Great Plains, Wild Lands and River Run.