You are here: Home / Entertainment / The Yoga Body by Lola Berry – Book Review 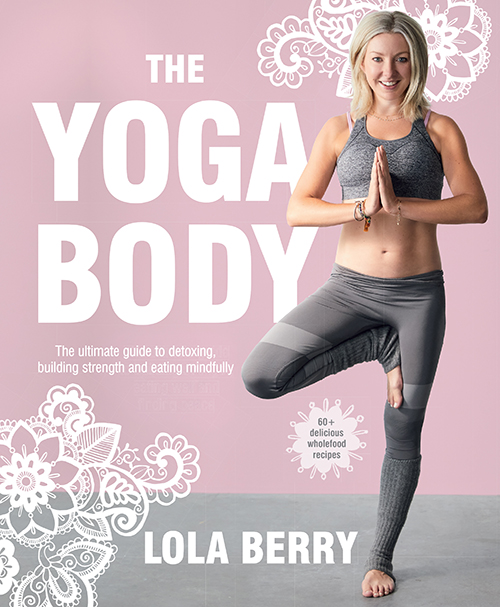 The Yoga Body by Lola Berry is her first book devoted to yoga and fitness.

The book’s tagline is ‘the ultimate guide to detoxing, building strength and eating mindfully’.

Lola is perhaps better known for her nutritious cooking, but she’s also a qualified yoga teacher. She’s been practicing yoga for over ten years and teachers the vinyasa and yin yoga styles. She says that yin yoga is “where you hold the poses for a long time (anywhere from four to ten minutes)…. After every class, I felt deeply relaxed”.

The first chapter covers the benefits of yoga, different styles, choosing a yoga studio to suit you and some yoga sequences. Some of these poses might be difficult for a beginner, so don’t be afraid to start with blocks, adjustments or a live class first.

The last part talks about the eight limbs of yoga and lessons learned.

The word yoga itself comes from the Sanskrit word yuj, which means to join or unite.

The Yoga Body is a solid and inspiring introduction to yoga and eating healthy.

The book is currently available in paperback and ebook.

Leading Australian nutritionist Lola Berry appears regularly on television shows such as The Project, The Today Show and A Current Affair. She is a spokesperson on nutrition and general wellbeing in print and on the radio, and has a huge and interactive online following. She has been practicing yoga for ten years and is a qualified vinyasa and yin yoga teacher.