You are here: Home / Entertainment / The Tattoo Thief by Alison Belsham – Book Review 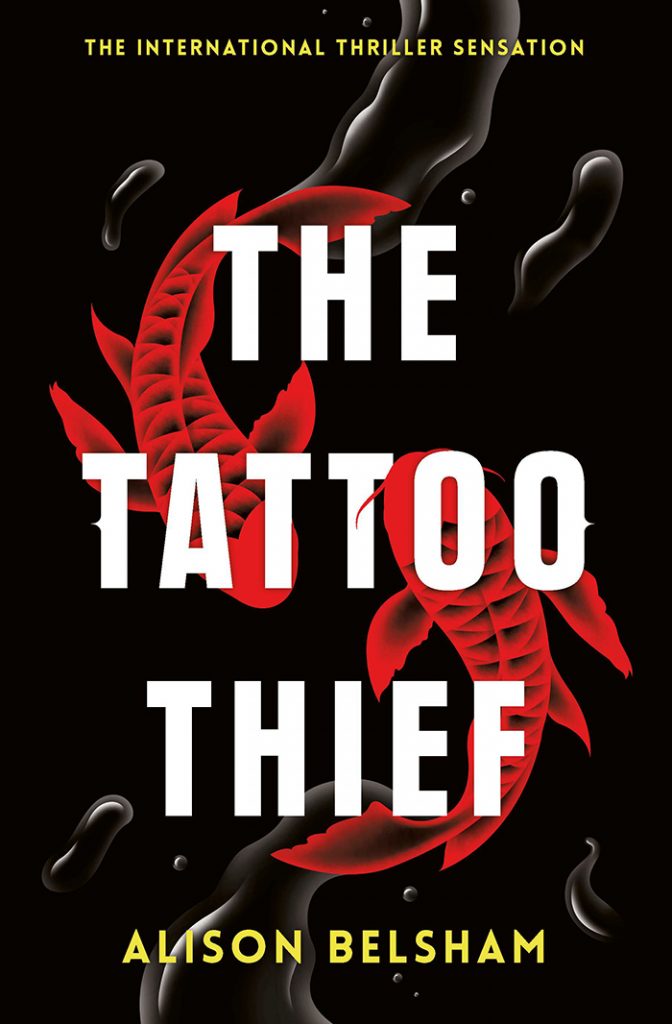 The Tattoo Thief by Alison Belsham is the first in a planned series and was judged the winner at the Pitch Perfect event at the Bloody Scotland Crime Writing Festival.

This fast-moving thriller introduces readers to Francis Sullivan, whose recent promotion to Detective Inspector is resented by his peers.

Detective Sergeant, Rory Mackay, who has been passed over for DI, is assigned to be his number two on the case. Francis knows he is willing him to fail, as is his new boss DCI Martin Bradshaw. With both of them giving him grief will he be able to make headway with the case?

Francis turns to Marni for her help and expertise, but she seems unwilling. Her ex-husband, Thierry Mullins, is also threatening towards him. Francis seems no closer to identifying the perpetrator.
When more bodies are found and it becomes apparent that there is a serial killer at large, Francis and Marni form an uneasy truce. The killer appears to be targeting those who have body art executed by world-renowned tattooists. His sharp blades and skilful cutting remove the tattoo while the victim is still alive.

The local press are demanding action as the body count continues to rise.

The need to find the killer escalates. Will Francis be taken off the case and will Marni seek out the Tattoo Thief alone?

This novel is written from the perspectives of Francis, Marni and Rory with a first-person narrative from the killer interspersed. This works very well and maintains the tension. I read the book straight through in a day and what a rollercoaster ride of emotion. Brilliantly executed, I can’t fault it. Bring on the next book in the series, Alison!

The Tattoo Thief is currently available as paperback and ebook.

About the Alison Belsham

Alison Belsham initially started writing with the ambition of becoming a screenwriter-and in 2000 was commended for her visual storytelling in the Orange Prize for Screenwriting. In 2001 she was shortlisted in a BBC Drama Writer competition. Life and children intervened but, switching to fiction, in 2009 her novel Domino was selected for the prestigious Adventures in Fiction mentoring scheme.