You are here: Home / Entertainment / Books / The Saboteur by Andrew Gross – Book Review 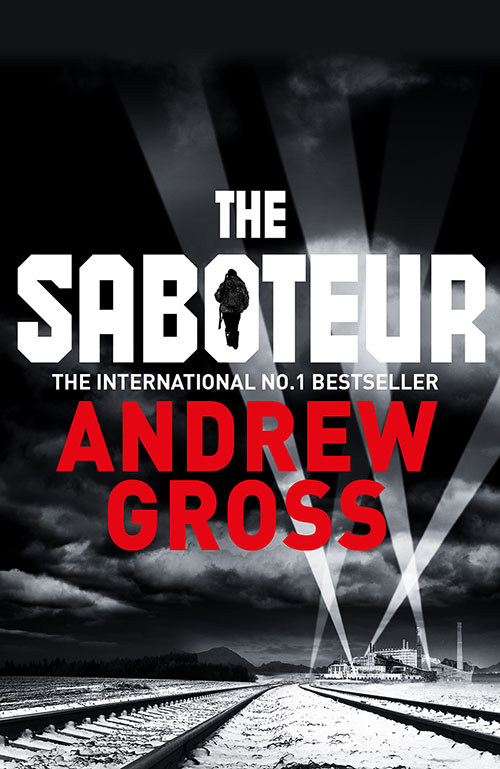 The Saboteur is Andrew Gross’ latest novel and is based on true events that occurred in WWII – the raid on the Norsk Hydro factory and the sabotage of the Hydro ferry in Norway. Kurt Nordstrum, the main character, is drawn from the real-life figure of Kurt Haukelid whose infinite courage helped to avert the very real prospect of nuclear war in Europe.

Kurt Nordstrum and his team of Norwegian compatriots are sent on a mission, firstly to sabotage the Heavy Water supplies at the Norsk Hydro factory, then, later, to destroy further supplies being sent to Germany as they cross Lake Tinnsjo on the Hydro ferry.

Kurt, already a courageous resistance fighter, needs to outwit, not only the Nazis, but also their Norwegian collaborators, the Nasjonal Samling Police, and, in particular, his nemesis, Captain Dieter Lund, who he has known since their schooldays.

Bonds between himself and his team are strong, but they part company out of necessity after the Norsk Hydro factory mission and Kurt is given the task of recruiting agents and setting them up as radio transmitters.

Months later he teams up with two of his former colleagues and two locals to carry out the sabotage of Heavy Water supplies carried by the Hydro ferry.

Throughout he is torn between saving thousands of lives across Europe and losing the lives of his fellow Norwegians, including loved ones. Will he risk all for the safety of one person?

The Saboteur is a great read and all the more interesting for being based on true events. It’s a wonderfully suspenseful novel from beginning to an end that leaves you guessing.

The Saboteur is available from your local bookstore from 29th August 2017.

Andrew Gross is an American author of thriller novels, including four New York Times bestsellers. He is best known for his collaborations on five novels with James Patterson. Currently, he lives in New York with his wife, Lynn, and their three children.