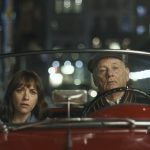 Sofia Coppola paints a broad brush stroke love letter to New York in her latest film On the Rocks. The production reunites the writer / director with Bill Murray, Coppola’s leading man in the Academy Award-winning Lost in Translation. Coppola is adept at evoking atmosphere on screen, and in On the Rocks, the director depicts both the city’s community feel as well as its … END_OF_DOCUMENT_TOKEN_TO_BE_REPLACED