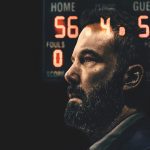 When Ben Affleck and director Gavin O'Connor first collaborated on 2016's The Accountant, the duo attempted to elevate the action genre to varying degrees of success.  For The Way Back, again the two are hoping a little grit and a heavier emotional underlining will distance the film from the archetypal "underdog sports" drama this is being marketed as. There's the highs and … END_OF_DOCUMENT_TOKEN_TO_BE_REPLACED