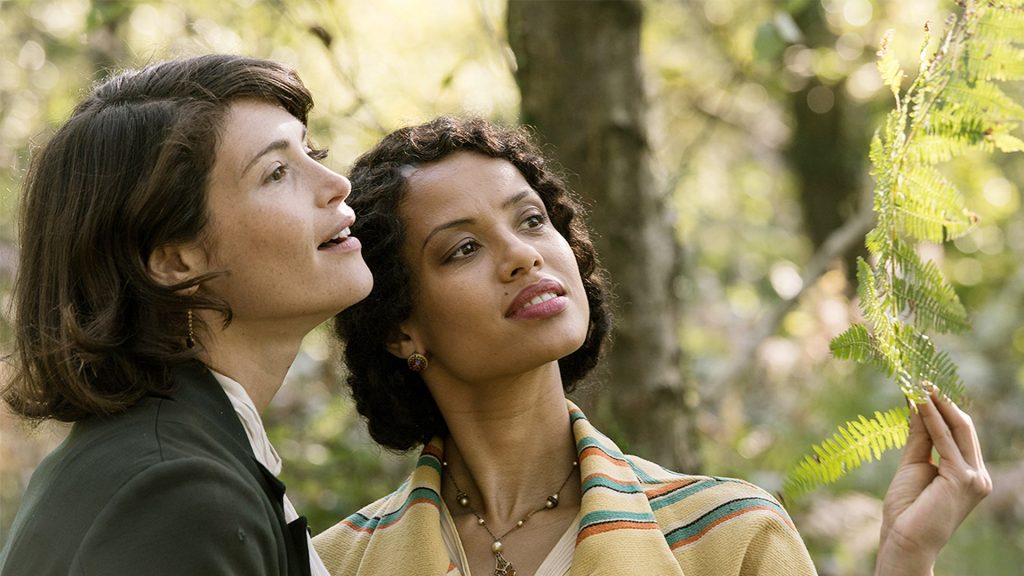 Though there’s a familiarity to the way Summerland looks and feels, Jessica Swale’s simple yet effective drama proves subverted enough to unearth a substance that audiences may not be expecting.

Reuniting with Gemma Arterton – Swale having worked with the actress on the viral “Leading Lady Parts” video – Summerland places its focus on Alice Lamb (Arterton), a self-proclaimed loner who lives in a lush coastal village offset by the pestering neighbouring children and gossipy residents.  Solitude has worked for Alice though, so the last thing she wants is for her existence to be upended by the arrival of young Frank (Lucas Bond), a London evacuee who is one of many children placed in the care of an elder due to the war-related absence of their biological parents.

Lamb being, for lack of a better word, a perennial grump means Swale’s script gets a decent amount of mileage out of the juxtaposed dispositions between her and the sunnier Frank, and as they start to understand each other better (did we expect anything else though?) the film gradually opens up its emotive intent.  She starts to explain her unique research into the scientific reasoning behind the mythical phenomena of “the floating islands” often seen off the coast, and his genuine interest in her previous romantic escapades allows her a sense of relief when he demonstrates no judgement in learning she was in love with a woman; gorgeous, airy flashbacks featuring the luminous Gugu Mbatha-Raw as her lover Vera inject a manipulative but still effective emotional temperament to the story.

Given Summerland‘s emotional intent and supremely lush sun-drenched coastal scenery, it actually proves a rather welcome additive when Alice is as acidic as she is at times, otherwise we might completely drown in British twee.  But any questionable behaviour on Alice’s end is justified, and Arterton is simply striking in the role, managing a healthy balance of vulnerability and sarcasm that plays well off Bond’s inquisitiveness.  The rest of the cast prove uniformly fine too, with Penelope Wilton making a fine, equally crabby older version of Alice, and young Dixie Egerickx impressing as the outspoken Edie, a sour-faced tomboy who feels like the most logical heir to Alice’s sullen view of the world.

A film that very much has a female sensibility to it, though it does so without running the risk of alienating a mass audience, Summerland demonstrates the benefit of compassion and independence, whilst maintaining a sense of sentimental magic that just stops shy of becoming overly indulgent.  A beautiful, immaculate film that manages to be bathed in a loving personality, Summerland may be a familiar destination at its core, but viewed through Swale’s fresh eyes gives this trip a new lease of undiscovered territory.

Alice is a reclusive writer, resigned to a solitary life on the seaside cliffs of Southern England while World War II rages across the channel. When she opens her front door one day to find she’s to adopt a young London evacuee named Frank, she’s resistant. It’s not long, however, before the two realise they have more in common in their pasts than Alice had assumed. Gemma Arterton, Gugu Mbatha-Raw and Tom Courtenay star in this intensely emotional story of love’s endurance in trying times.

Summerland (PG) is screening in Australian theatres from January 7th, 2021.