You are here: Home / Entertainment / Portrait of a Lady on Fire – Film Review 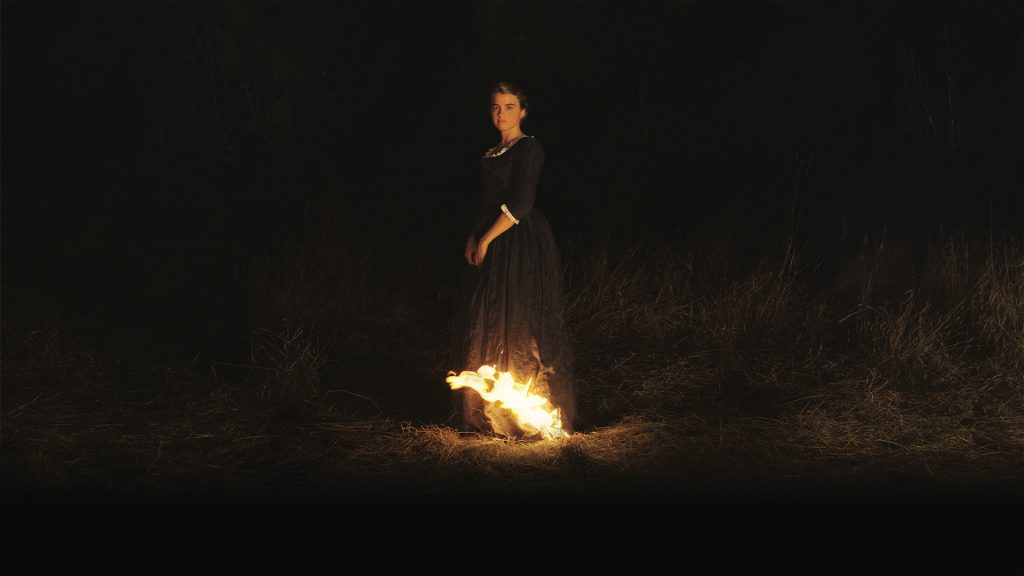 A love story whose tragic finale is conveyed in the film’s opening shot yet is still utterly painful when it’s ultimately conjured, Portrait of a Lady on Fire is a beautiful, masterfully still film.  A period piece that details the lives of two 18th century women over the course of one fateful week, Celine Sciamma’s dramatic romance feels modern all the same as its narrative transcends its timely trappings.

The titular lady on fire is Heloise (Adele Haenel), a young woman somewhat stranded alongside the lush wind-swept coast of North West France.  Her widowed mother (Valeria Golino), an Italian countess, has hired Marianne (Noemie Merlant), a French artist, to paint Heloise’s portrait for the purpose of showing it to her prospective Milanese husband.  However, Heloise is not to know that Marianne is there to paint her as the Countess has already suffered through one failed artist’s rendition and wishes for it not to be repeated.  As well, Heloise is at something of a distance personally as she’s recently lost her sister in a tragic accident – or perhaps not so much of an accident – and has been plucked out of her existence for a marriage she has no interest in.

A journey of self-discovery ensues, one where both Marianne and Heloise assist in uncovering each other’s desires through subtle, searching glances and a genuine curiosity that both initially appear reluctant to indulge.  Writer/director Sciamma has a vast understanding of this relationship, that this infatuation that can be spoken through other forms than words, and she wisely never paints their union as titillating or sexually arousing for the sake of it.

Similar to the commanding Call Me By Your Name, Portrait… tells of two people reimagining their own surroundings in the world and how they fit into it both separately and together.  They open each other up in a manner they weren’t expecting, but unlike the slight power instability that was evident between Armie Hammer’s more assertive Oliver and Timothee Chalamet’s maturing Elio, Heloise and Marianne are balanced as they enter this relationship with an ill-prepared mentality.

Whilst Portrait… doesn’t necessarily create something new, the beauty and heartbreak it channels through its almost child-like view of first love lends the film a personality that evokes the feeling that what we are witnessing is a moment freshly harvested and removed from the expected.  It’s a slow burning romance though so best be on guard if films that practice no sense of haste aren’t to your satisfaction, but for those who appreciate multi-faceted filmmaking and romance tales of the most tragic variety, Portrait… will prove a devastating watch that is likely to linger long after you’ve witnessed its goodbye.

About Portrait of a Lady On Fire

Girlhood director Céline Sciamma returns with this beautifully calibrated, incandescent romance between a painter and her subject, which took home both Best Screenplay and the Queer Palm at this year’s Cannes.

Portrait of a Lady On Fire (M) is screening in Australian theatres from Boxing Day, December 26th 2019.