You are here: Home / Entertainment / Once Upon A Time…In Hollywood – Film Review 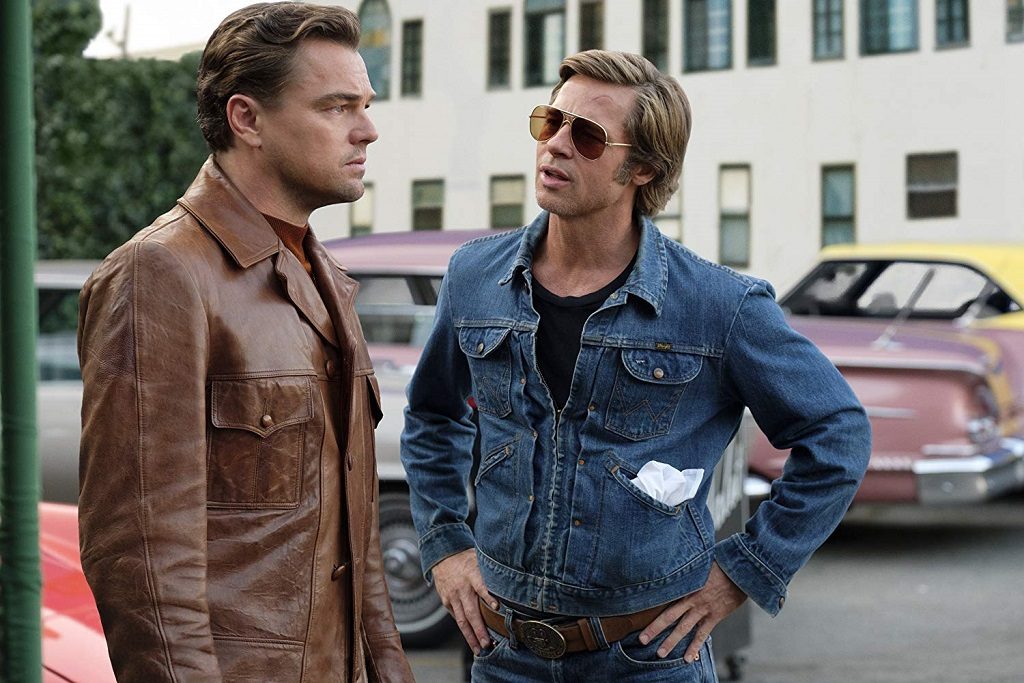 A staple ingredient of movie-making over the years has been the mythic tales of the industry itself, but in the hands of a genius filmmaker like Quentin Tarantino anything we assumed to know can readily be disregarded.  Dispelling myths of its own, Tarantino’s ninth production, Once Upon A Time…In Hollywood, arrives off the back-end of rumours that suggested the infamous Manson murders that rocked Hollywood in the late 1960’s – or at least a Tarantino-approved interpretation – would be at the film’s core.

Charles Manson is indeed integral to the film’s overall plotting, but Once Upon A Time… proves so much more than just a glorified re-telling of that horrific August evening where Manson’s followers slain, among others, actress-on-the-rise Sharon Tate, then the 8-and-a-half-month pregnant wife of director Roman Polanski.  Manson himself, as played by Australian actor Damon Herriman, is only momentarily featured in Tarantino’s 160 minute opus (he only has literal seconds on-screen), the story-line instead weaving throughout the industry as it comes to the close of a turbulent decade.

This is arguably Tarantino’s most character-driven feature, a richly woven piece of celluloid examining the nature of fame and notoriety, both at its most hopeful and disposable, centering itself around three key players during a February weekend in 1969 – Rick Dalton (Leonardo DiCaprio), Cliff Booth (Brad Pitt) and Sharon Tate (Margot Robbie).  Dalton is a predominant TV actor who finds his career on a downward spiral following the cancellation of his western series Bounty Law.  He’s evidently unhappy at having to take the lesser role of the guest-spot villain on various other television productions – we witness numerous tears and tantrums from the emotionally unhinged star – which similarly puts a dent in the career of Cliff, Rick’s signature stunt double who has reduced himself to permanent lackey, serving as Rick’s chauffeur. 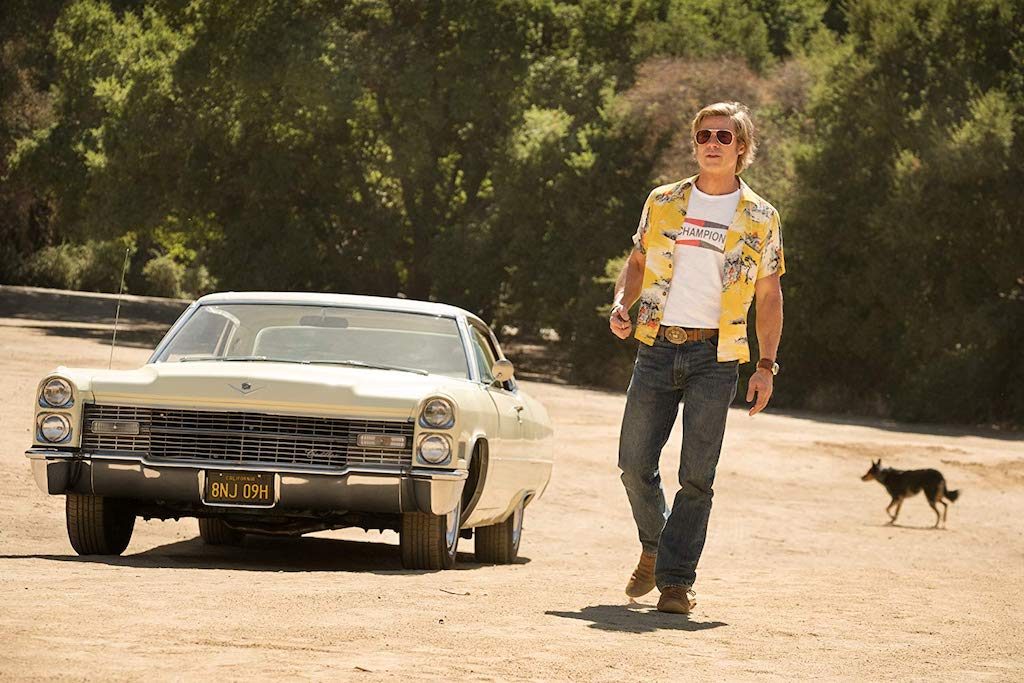 A stark contrast to Rick’s struggles, which has resulted in a serious case of alcoholism, is the arrival of Tate, his new next-door neighbour, who views her Hollywood surroundings with a sunny optimism.  Sequences of her radiating warmth as she shops for her husband and visiting a local cinema to watch her own movie with an adoring crowd – Tarantino wisely utilising actual footage of Tate in the film The Wrecking Crew as opposed to recreating the sequence with Robbie – highlight the ethereal, near-angelic demeanour of the late starlet, a no doubt purposeful tactic on Tarantino’s end to symbolise her lasting effect as a performer.

Melding fact and fiction, or more correctly altering fact for the sake of fiction, is a manoeuvre the bold filmmaker has embraced before (who could forget his decision to off Hitler in a picture theatre in Inglorious Basterds?), and it isn’t until the film’s final act that Tarantino directly addresses the Manson murders, with the key Manson family members (Tex Watson, Susan Atkins, Linda Kasabian and Patricia Krenwinkel) ascending on the Polanski/Tate household for what would ultimately become one of Hollywood’s most brutal mass killings.  In true QT style, the lead-up to this moment is laced with unexpected humour as Rick scolds the unsuspecting quartet for making too much noise, and given that we’ve already witnessed near-unbearable tension between other Manson enthusiasts and Cliff when he visits their commune, a run-down movie ranch overseen by the ageing George Spahn (Bruce Dern, replacing Burt Reynolds who sadly passed before he could film his scenes), one can’t help but to fear for the worse as to where Once Upon A Time… will end. 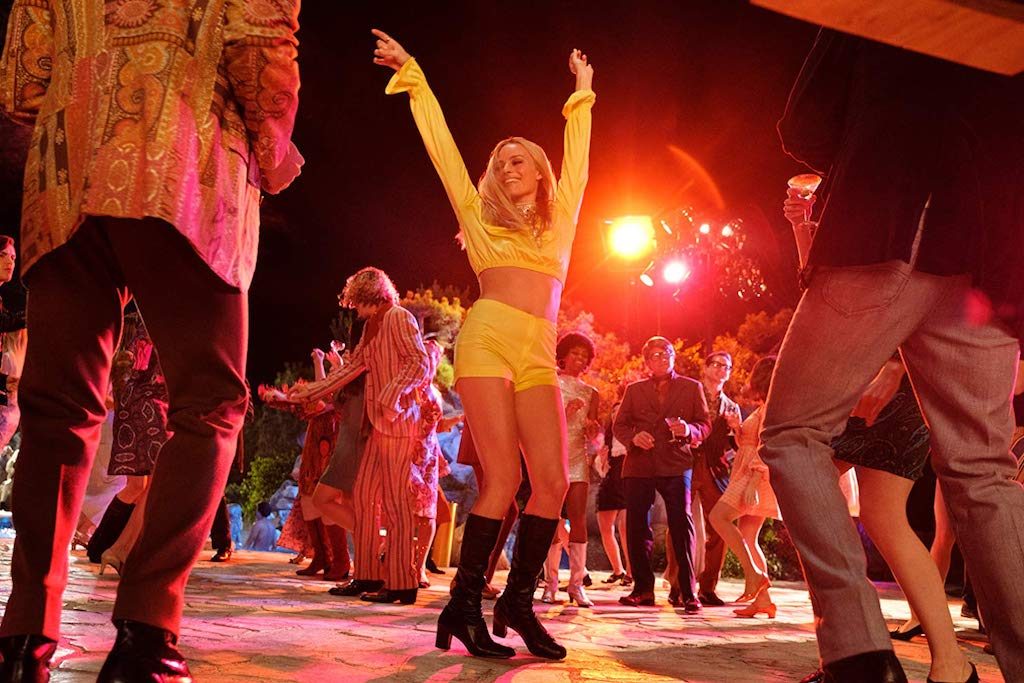 This being a Tarantino joint means that blood and carnage will be served to a certain degree (again, it’s all about the film’s finale) but what is likely to surprise audiences the most is that this is a film built on heart and soul.  This is very much Tarantino’s love letter to Hollywood, to the episodic television of eras gone by, and to the Tinseltown set-up that has all but vanished from the landscapes of today’s cinema.  It’s a visually sumptuous film to witness – the imagery of diners and nightclubs lighting up at as twilight hits is a thing of beauty – and, unsurprisingly, the soundtrack cuts all feel intimately designed for the exact seconds of motion they accompany.

All that being said though, it’s the fiercely dedicated performances of Leonardo DiCaprio, Brad Pitt and Margot Robbie that maintain Tarantino’s romanticised vision.  Robbie is simply luminous as Tate, effortlessly conveying the joy of a starlet on the cusp of fame in spite of her minimal dialogue, whilst Pitt, rugged and weather-beaten, glides through his scenes with an unmatched composure, alternating between playing the gruff hero and the comic foil; Cliff’s on-set mano-a-mano with a cocksure Bruce Lee (Mike Moh) is an absolute delight.  But it’s DiCaprio that is perhaps most impressive.  As an actor resisting the title of has-been, drowning his sorrows in alcohol, and seemingly constantly on the edge of being wholly consumed by his own insecurities, it’s a career-best for the actor who succeeds at once jarring your funny bone as well as breaking your heart – much like this film itself.

About Once Upon A Time…In Hollywood

Quentin Tarantino’s Once Upon a Time… in Hollywood visits 1969 Los Angeles, where everything is changing, as TV star Rick Dalton (Leonardo DiCaprio) and his longtime stunt double Cliff Booth (Brad Pitt) make their way around an industry they hardly recognize anymore. The ninth film from the writer-director features a large ensemble cast and multiple storylines in a tribute to the final moments of Hollywood’s golden age.

Once Upon A Time…In Hollywood (MA15+) is screening in Australian theatres from August 15th 2019.