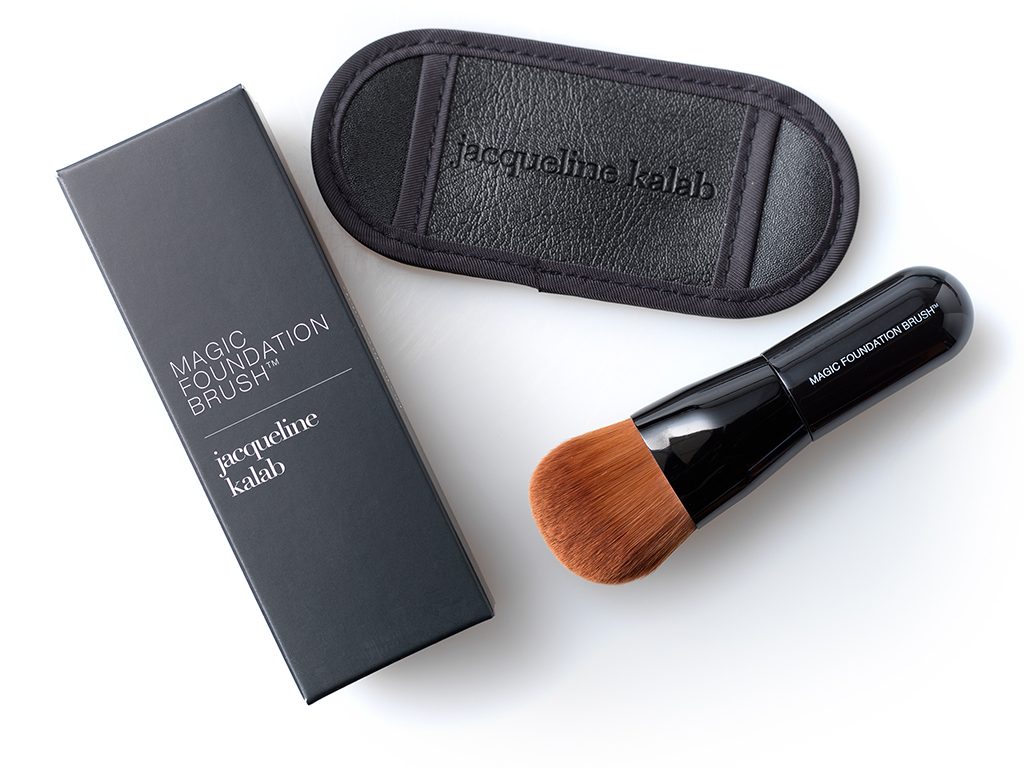 The Magic Foundation Brush was designed by makeup artist Jacqueline Kalab after many years of perfecting the makeup on VIPs and celebrities.
It was the result of many years of testing of brushes and techniques.

The brush has a short black handle with a smooth rounded end. The handle is about as long as my second finger. This allows you to position yourself close to the mirror, so you can see what you are doing. It is also designed to be compact enough to fit into your makeup bag.

The soft but strong nylon hair are tightly spaced. It feels firm but light against your face. It’s tapered around the top. The nylon feels like real sable hair with the advantage of not soaking up too much product.

The powerful design allows you to create a beautiful airbrushed like finish.

The high-quality brush allows you blend, massage and dab your foundation and makeup onto your skin. It can be used for contouring, blush, concealer and setting powder.

Jacqueline says: Once, she had an argument with a producer who would not allow Jacqueline to get in for touch ups, as he was so convinced the actress was naturally like that and “The camera just loves her – we don’t need you!” He didn’t notice the actress when she walked in, or the two hours Jacqueline spent making her look that way.

The brush comes with a little open-ended storage pouch.

There is also a mini card with a link to an instructional how-to video. You can use your brush a number of ways, but Jacqueline recommends downwards strokes, circular motions or pressing/dabbing.

Jacqueline also has a video on easy ways to clean the brush.

It is the best foundation brush I have tried-and-tested.

The Magic Foundation Brush is available from the Jacqueline Kalab online shop, Amazon and selected stockists and salons. 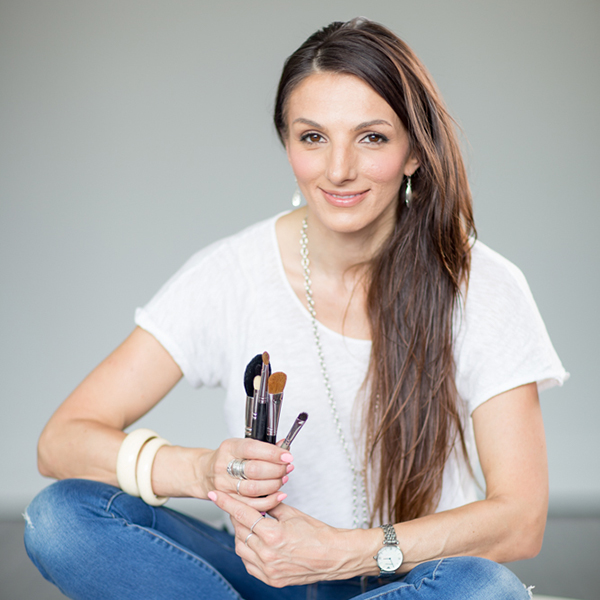 Jacqueline Kalab is a makeup artist for stars/ VIP’s/ fashion/ television/ high-end advertising. She has worked with thousands of celebrities – both locally and internationally known – from musicians to sports stars, models, actors and politicians and many more; over a hundred television programs spanning all the top networks; international fashion shows and fashion shoots; billboards, publicity and large-scale marketing campaigns. Jacqueline has launched her own makeup/ brush range that is gaining a cult following worldwide and is regularly featured on television and in the press.