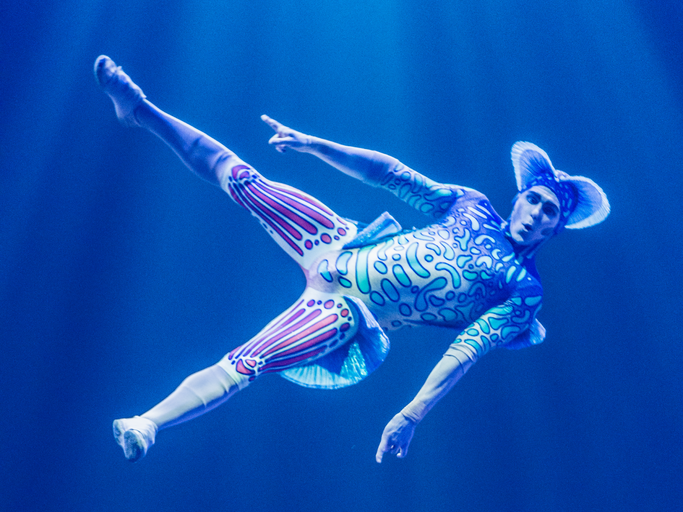 A Cirque Du Soleil production comes with a certain amount of expectation, and because audiences are so used to the ingredients that a Cirque Du Soleil show unleashes – high-flying acrobatics offset by smaller wonders, clowns that thrive on audience interaction, a strange cast of characters working in unison despite colourful language barriers, and a world-inspired pop soundtrack played live in time – it’s not always an easy task to keep viewers mesmerised.

Thankfully Kurios – Cabinet of Curiosities succeeds in dazzling its spectators.  Foregoing the usual pops of colour one may expect and instead focusing on the spectacle aspect, Kurios, a steampunk dream of sorts, is an imaginative wonder that celebrates the new and updates the old; the tried and true contortionist act is performed with alarming speed as opposed to the usual slow twisting this type of entertainment adheres to.

There’s a trampoline the size of the stage that’s likely to have your heart soaring at once with nerves and euphoria, a woman riding a bicycle upside down, and a balancing act that just may stop you in your tracks.  Only occasionally does the show descend in excitement – an “invisible circus” bit overstays its welcome as it tries to bide time whilst the bigger acts are setting up – but it’s a minor criticism for a show that consistently engages your imagination throughout.

If you’ve experienced previous Cirque Du Soleil productions, Kurios will undoubtedly maintain your faith in their showman abilities.  And if this will be your first experience, this Cabinet of Curiosities sets the bar appropriately high for what’s to come.