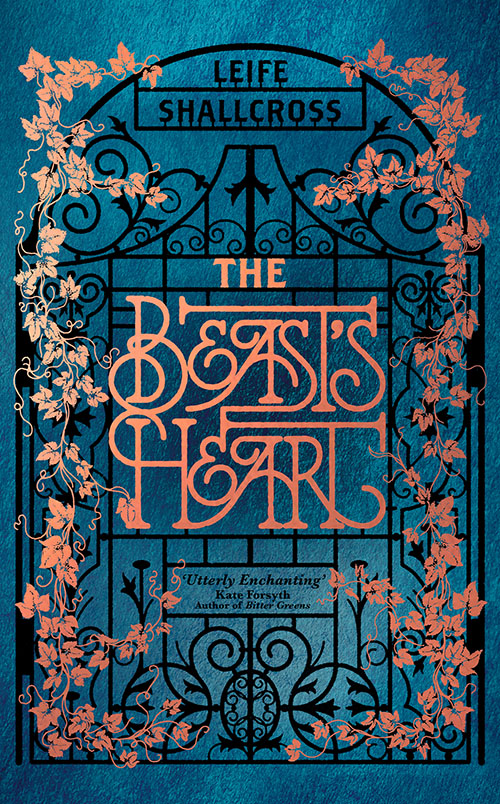 The Beast’s Heart by Leife Shallcross is her first novel where she re-tells the fairy tale, Beauty and the Beast, from the Beast’s perspective.

The Beast, tortured by the fairy’s curse, roams the forest raging and killing in his torment. But there is still, hiding in the depths of his nature, the compassion of a man.

When a penniless merchant seeks refuge in the Beast’s chateau he is provided with a bed, food and drink by unseen hands. As he leaves to return to his daughters, he picks a rose for his youngest daughter, Isabeau. For this misdemeanour, the Beast appears and demands the merchant send Isabeau to live with him for a year. The man returns home and explains the predicament to his daughter, who reluctantly agrees to stay with the Beast.

Where will the year take the Beast, Isabeau and her family?

Will they each find, love, fortune, happiness and peace of mind?

Is the Beast doomed to remain a monster or will he be freed from the fairy’s curse?

Leife has based her novel chiefly on the original version, “La Belle et la Bete” by the French novelist, Gabrielle-Suzanne Barbot de Villeneuve, published in 1740. The back story of both, the Beauty, re-named Isabeau, and the Beast, is told, and Isabeau has sisters, who initially treat her like a servant. The Beast’s chateau and its grounds are operated by magic that changes their appearance to reflect the Beast’s moods. The wider cast of characters gives Leife scope to write a more intricate story than the better known version, which was greatly pared down from the original, by Jeanne-Marie Le Prince de Beaumont and re-published in 1756.

There is nothing dark or crude about the telling of this well-loved story. It is almost conventional in its magical, romantic beauty. But added to this is a deeper interpretation of the very heart of the Beast, who reveals not only his anguish but his hidden charm and sensitivity. Isabeau’s sisters add an extra element to the story with their love affairs and the changes to their lives without her.

This is a charming, magical read, evoking memories of those well-loved fairy tales read by a parent at bedtime.

The Beast’s Heart is currently available in paperback, hardback and ebook.

Leife Shallcross lives at the foot of a mountain in Canberra, Australia, with her family and a small, scruffy creature that snores. She has a tendency to overindulge in reading fairy tales, then lie awake at night listening to trolls (or maybe possums) galloping over her tin roof. Ever since she can remember, she has been fascinated by stories about canny fairy godmothers, heroic goose girls and handsome princes disguised as bears. She is particularly inspired by those characters that tend to fall into the cracks of the usual tales. She is the author of several short stories, including Pretty Jennie Greenteeth, which won the 2016 Aurealis Award for Best Young Adult Short Story. The Beast’s Heart is her first novel.