You are here: Home / Entertainment / The Yellow Villa by Amanda Hampson – Book Review 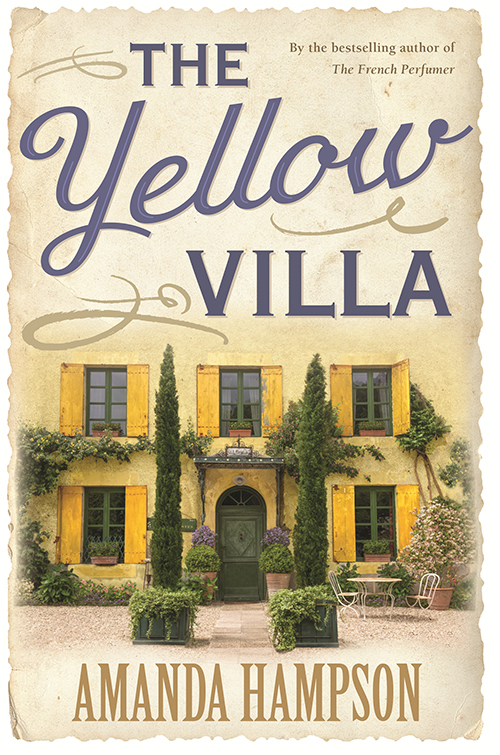 The Yellow Villa by Amanda Hampson, the bestselling author of The Olive Sisters and The French Perfumer, tells of two couples, who have relocated to a small, picturesque village in South-West France.

Susannah and Dominic Harrington, now in their 60’s, left London after food critic, Dominic, created a scandal that alienated them from society.  After a year in France, Susannah is finding difficulty in fitting in with the local community. She is therefore anxious to befriend her new neighbours.

Mia and Ben Tinker, an Australian couple in their 30’s, are fleeing for very different reasons. They have given up their Sydney apartment for a spacious and, once grand, old yellow villa, which they intend to renovate and make their permanent home.

Initially, Mia and Ben are flattered by the older couple’s friendship. Ben is particularly impressed by Dominic’s great knowledge and expertise regarding food and vintage wines. Flattered by his veneration, Dominic sees himself as Ben’s guru and draws him away from Mia.

Susannah, locked for years in a toxic marriage, is struggling to survive financially as Dominic runs up the bills regardless.  Mia, who resents Ben’s relationship with Dominic, is sympathetic to Susannah’s pleas for assistance. In helping her friend, Mia puts her already rocky marriage at risk.

An unexpected visit by Dominic’s estranged daughter throws the newly formed friendships into chaos as secrets are revealed that are best left buried. Will the result of these revelations end in tragedy?

The Yellow Villa is a glorious, if somewhat dark, page-turning novel that keeps the reader guessing until the very end.  The characters are very well-written, as are the descriptions of food, wine, the villa and its renovation. It is an extremely enjoyable read.

The Yellow Villa is available in paperback and ebook.

Amanda Hampson grew up in rural New Zealand. She spent her early twenties travelling, finally settling in Australia in 1979 where she now lives in Sydney’s Northern Beaches. Writing professionally for more than 20 years she has had numerous articles and two non-fiction books published. The Olive Sisters was her highly successful fiction debut.