You are here: Home / Entertainment / The Puppet Show by Mike Craven – Book Review 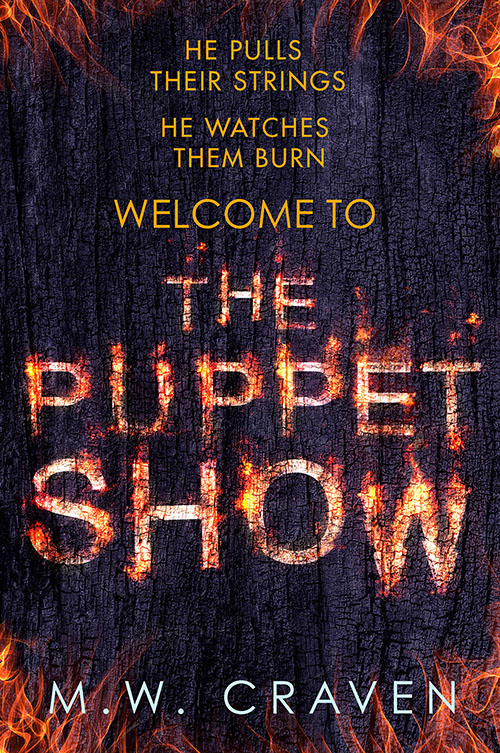 The Puppet Show by Mike Craven is the first book in the Washington Poe series of novels.

A third body has been found, mutilated and burnt alive, by a serial killer that the press are calling the Immolation Man. When Tilly Bradshaw, an analysis expert for SCAS (Serious Crime Analysis Section), discovers a name has been carved into the latest victim, she phones DI Stephanie Flynn.

Former Detective Inspector, Washington Poe, who is currently on suspension, is enjoying repairing a dry stone wall on his small croft in Cumbria. He is surprised by a visit from his former sergeant, Stephanie Flynn, who has since taken over his job at SCAS. She informs him that his suspension has been temporarily lifted so that he can help her solve the case regarding The Immolation Man. When he refuses, she hands him an ‘Osman Warning’ telling him that he is a potential victim.

Reluctantly, he agrees to help investigate the case. He is partnered with Tilly Bradshaw, who he realises is a brilliant analysis expert, but socially inept. Nevertheless, they form an unlikely team and soon discover that the killer is leaving subtle clues for Poe personally.

As the case progresses, will Poe follow the clues successfully and survive or will he become another victim?

This is an intensely sinister and gripping read that once begun must be read to the very unexpected end. Mike Craven is on a par with the very best crime/thriller writers, both past and present.

The pairing of the main character, Poe, with the remarkable, but socially inexperienced, Tilly Bradshaw, is inspirational.

Please bring on the next Washington Poe installment, Mike!

The Puppet Show is available as paperback, hardback and ebook.

Mark Craven, although he was born in Cumbria, grew up in the North East before running away to join the army when he turned sixteen. After training as an armourer for two and a half years, he spent the next ten travelling the world having fun. In 1995 he left the army and completed a degree in social work, specialising in criminology, psychology and substance misuse. In 1999 he joined Cumbria Probation Service as a probation officer, working his way up to chief officer grade. Sixteen years later, he took the plunge and accepted redundancy to concentrate on writing. He now has entirely different motivations for trying to get inside the minds of criminals.

Between leaving the army and securing his first publishing deal, Mike found time to keep a pet crocodile, breed snakes, survive cancer and get married. He lives in Carlisle with his wife, Joanne, and his Springer spaniel, Bracken.