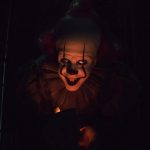 With the 2017 incarnation of It, director Andy Muschietti managed to do something only a select few have accomplished before him - he successfully adapted a Stephen King novel.  Now, two years on, the Argentinian filmmaker is hoping lightning will strike twice as he tackles the latter half of King's epic near-1200-page horror opus with (the appropriately titled) It: Chapter … END_OF_DOCUMENT_TOKEN_TO_BE_REPLACED