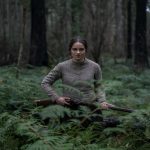 As cliched a saying as "not for the faint of heart" is, especially when it's thrown around for films that ultimately prove far more accessible than we're led to believe, The Nightingale very much defines the phrase.  Somehow bypassing a local R18+ classification in Australia (it honestly baffles me that a film of this ilk that features no less than three rape sequences was … END_OF_DOCUMENT_TOKEN_TO_BE_REPLACED