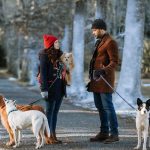 In time for Christmas comes Sit.Stay.Love, the new film from Brisbane's Steve Jaggi’s Film Company. The romantic comedy filmed at Warner Bros. Movie World on the Gold Coast, was cloaked in fake snow to bring to life a Vermont-based winter wonderland. With a talented and seasoned Australian cast speaking American accents, it fits the typical formula one expects from the likes … END_OF_DOCUMENT_TOKEN_TO_BE_REPLACED 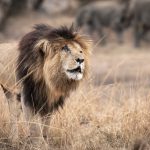 Lion Spy is a challenging film to say the least. Journalist and filmmaker Rogue Robin deserves an award for conceiving and carrying out a most dangerous undercover mission - to expose the practice and faces behind the heinous act of animal trophy hunting in Africa. The footage is extremely graphic - could be argued, needlessly so - for any animal lovers contemplating seeing … END_OF_DOCUMENT_TOKEN_TO_BE_REPLACED 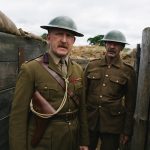 You know a good war drama when the tension on screen has you holding your breath. So it is with The War Below. From the war to end all wars, first time director J P Watts centres on the true story of the most unlikeliest of missions during July 1917 on the Western Front. With the lowest of confidence of success weighing heavily on their shoulders, a group of miners from … END_OF_DOCUMENT_TOKEN_TO_BE_REPLACED 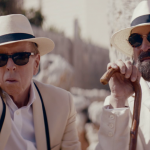 Seasoned British actor Timothy Spall introduces us to the high art of architecture and the depths of which misunderstood artists suffer in Australian writer-director Daniel Graham’s latest film.  Spall plays architect Alfred Rott, a womanising, foul-mouthed genius, whose latest commission for an arts centre in Brussels, has left its conservative clients in a spot of bother. … END_OF_DOCUMENT_TOKEN_TO_BE_REPLACED 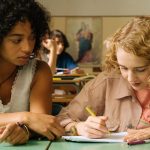 Upcoming Roman director Elisa Amoruso’s semi-autobiographical fiction debut chronicles a young girl’s plight as she strives to make sense of her place in the world under the not-so-watchful eyes of her dysfunctional parents. It’s 1990 and 13-year-old Nina’s (Emma Fasano) incredibly messy family has been forced to move from the centre of Rome to its outskirts. The reason for … END_OF_DOCUMENT_TOKEN_TO_BE_REPLACED