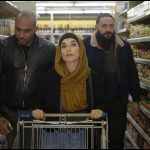 The sublime Isabelle Huppert stars in The Godmother, another headliner from this year’s French Film Festival. Huppert plays Patience Portefeux, an underpaid and overworked police interpreter who seizes an opportunity when life throws her a curve-ball. Assigned to a narcotics investigation, Patience listens to bugged phone calls between the Arabic suspects and translates … END_OF_DOCUMENT_TOKEN_TO_BE_REPLACED 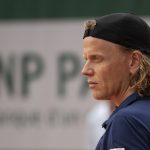 You won’t need to be a tennis fan to experience the challenge of the professional game, of the players who slip into anonymity, or are forced out due to injury. It's an unglamorous and emotional rollercoaster side of the sport rarely seen on screen, and it comes alive in Final Set. Alex Lutz imbues the trials of aged tennis player Thomas Edison, who at 37 is trying out for … END_OF_DOCUMENT_TOKEN_TO_BE_REPLACED 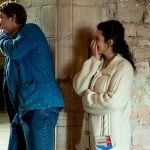 If you can’t be with the one you love honey, love the one you’re with.Crosby, Stills, Nash These words flashed to mind in the final moments of Love Affair(s) but the film portrays many types of love -- desire, lust, contented, loyal, unrequited, self-less. Love Affair(s) peels away multiple storylines - all of which come together in the second half of the film. Be patient … END_OF_DOCUMENT_TOKEN_TO_BE_REPLACED