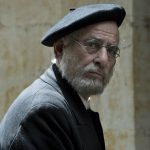 While at War is an intriguing and layered look into modern Spanish political and military history. Set in Salamanca in 1936, it covers the first few months of the Spanish Civil War. Nationalist forces have taken to the streets of Salamanca, challenging the authority of the democratically elected Second Spanish Republic. The mayor is rounded up and restrictions placed on all … END_OF_DOCUMENT_TOKEN_TO_BE_REPLACED