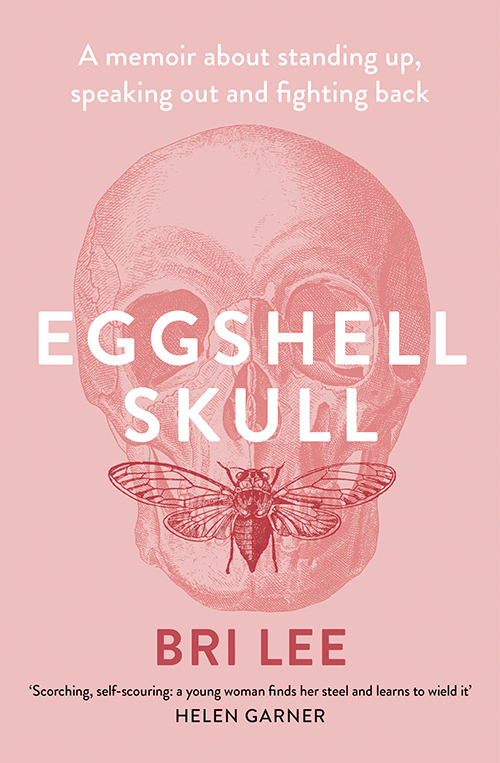 Eggshell Skull is billed as Bri Lee’s memoir about standing up, speaking out and fighting back.

Eggshell skull refers to the legal doctrine that a defendant must ‘take their victim as they find them’. Hence, if a single punch kills someone because of their thin skull, that victim’s weakness cannot mitigate the seriousness of the crime.

Two years after starting work in the Queensland District Court as a judge’s associate, she returns as a complainant in her own case. I commend Bri on facing and confronting her own personal history in a courtroom.

I think the book is an important story to tell, especially with the #metoo movement and sexual harassment gaining so much attention in the media.

I wanted to finish Eggshell Skull by Bri Lee, but I sadly couldn’t get past a few chapters. It’s depressing to hear how the justice system is heavily skewed away from assisting these cases. Some people might find the cases about sexual harassment distressing to read about. I found other aspects hard to stomach.

Ultimately, I lacked the motivation to keep going when I feel like the legal system isn’t something I have the power to change or influence.

Eggshell Skull is available in paperback from your favourite bookstore.

Bri Lee is a writer and editor whose work has been published in The Guardian, Griffith Review, the VICE network and elsewhere, and she regularly appears on ABC Radio. In 2016 Bri was the recipient of the inaugural Kat Muscat Fellowship, and in 2017 was one of Griffith Review’s Queensland writing fellows. She is the founding editor of the quarterly print periodical Hot Chicks with Big Brains, which has published nonfiction about women and their work since 2015. In 2018 Bri received a Commonwealth Government of Australia scholarship and stipend to work on her second book at the University of Queensland. She is qualified to practice law but doesn’t.