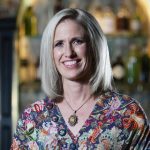 On the eve of the release of the new biopic Mary Shelley, we caught up with the film's Brisbane-born screenwriter Emma Jensen. What was the first thing that got you into writing in the first place? I always wanted to write.  When I was in high school I studied film and television which was a bit of a novelty back in the 80's in Brisbane, and the idea of screenwriting was … END_OF_DOCUMENT_TOKEN_TO_BE_REPLACED