You are here: Home / Entertainment / Women in Sunlight by Frances Mayes – Book Review 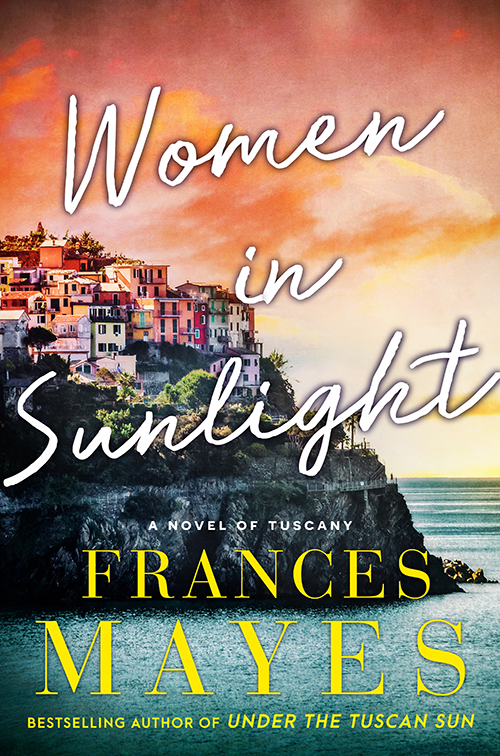 Women in Sunlight by Frances Mayes, bestselling author of Under the Tuscan Sun, is the story of four women, who become close friends.

Kit Raine is an American writer living in the fictional town of San Rocco in Tuscany with her architect husband. She is currently writing a biography and tribute to her close friend, Margaret Merrill, a quirky, fellow writer, now deceased. But she finds her work interrupted by the arrival of three American women, who move into a neighbouring villa.

Camille’s husband died a year ago and she still mourns his passing. Susan lost her husband three years ago, and Julia has walked out of an unhappy marriage. They meet while considering a life of retirement in North Carolina. As their friendship develops, encouraged by the more adventurous Susan, they make the brave decision to rent a villa in Italy to enjoy new experiences and regain their lust for life.

Kit soon becomes close friends with the older women and introduces them to Italian life and all that entails.

During one glorious year, they re-develop long-forgotten skills that will change the course of their lives.

Mayes’ intricate and beautifully written descriptions of Tuscany and other tourist destinations visited by the women will enthrall the reader. The glory of the seasons, the picturesque countryside, and the fascinating architecture are brought to life on every page. As are the tastes, colours and scents of the amazing variety of food, prepared by and eaten in the company of welcoming Italian neighbours, who too become friends.

Women in Sunlight is currently available from your favourite bookshop in paperback and ebook.

Frances Mayes is an American university professor, poet, memoirist, essayist, and novelist. Born in 1940, she was raised in Fitzgerald, Georgia. She attended Randolph-Macon Woman’s College in Lynchburg, Virginia, and obtained her BA from the University of Florida. In 1975 she earned her MA from San Francisco State University, where she eventually became Professor of Creative Writing, director of The Poetry Centre, and chair of the Department of Creative Writing.

Mayes is the author of four books about Tuscany. The now-classic Under the Tuscan Sun, which was a New York Times bestseller for more than two and a half years, and became a Touchstone movie starring Diane Lane. It was followed by Bella Tuscany and two illustrated books, In Tuscany and Bringing Tuscany Home. She is also the author of the novel, Swan, six books of poetry, and The Discovery of Poetry. Her books have been translated into more than twenty languages.