You are here: Home / Entertainment / The Woman in the Woods by John Connolly – Book Review 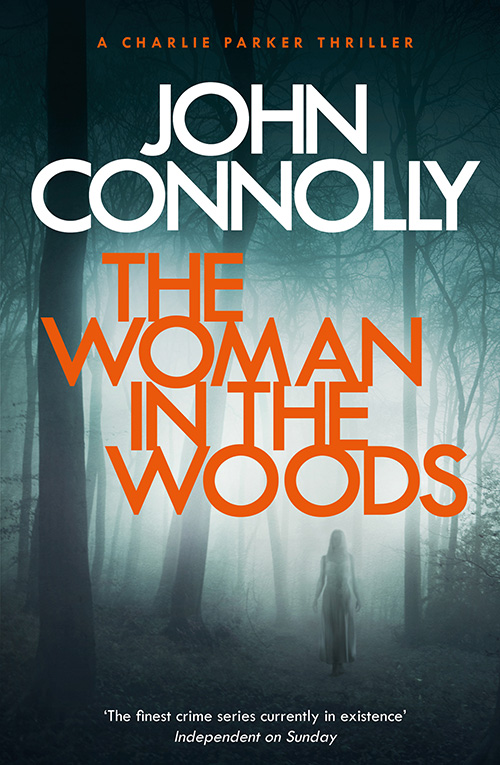 The Woman in the Woods by John Connolly is his 16th crime slash thriller novel in the Charlie Parker series.

When the body of a woman is exposed by a fallen tree in the Maine woods, an autopsy reveals that she had given birth shortly before her death. There is no sign of the infant’s body and it is unclear whether the woman was murdered and the infant alive or dead.

Police Investigators also find a Star of David carved into a nearby tree. This finding moves the Jewish Attorney, Moxie Castin, to hire Private Detective Charlie Parker to investigate the possibility that the infant survived. If so, he or she would be five years old.

But evil forces in the form of an Englishman named Quayle and his henchwoman, Pallida Mors, are also seeking the child’s whereabouts with devastating results.

Parker and his friend Louis are also having ongoing issues with local bigwig Bobby Ocean after Louis blows up his son, Billy’s, expensive truck for flying Confederate flags.

Then, in a house near the woods, a small boy named Daniel answers the ringing of a toy telephone to hear a dead woman’s voice speaking…….

The book has intertwining plots and a vast array of complex characters. Not only is Charlie Parker trying to avoid incrimination and keep his friend Louis away from Billy and Bobby, he is also involved in the hazardous twists and turns of tracing the whereabouts of the child. Billy is driven to violence by his racist and elitist views. Quayle’s evil stems from his involvement in the darker, ancient practices of the satanic, supernatural world. He also has links with the mysterious and all-powerful Backers. Will Parker be able to survive their wrath?

A wild, breathtaking ride that will keep the reader rapidly turning the pages all the way to the end!

The Woman in the Woods by John Connolly is available in hardback and paperback.

About the Author – John Connolly was born in Dublin, Ireland in 1968. He graduated with a BA in English from Trinity College, Dublin, and an M.A. in journalism from Dublin City University. Before becoming a full-time novelist, he worked as a journalist, a barman, a local government official, a waiter and a gofer at Harrods department store in London. After five years as a freelance journalist for The Irish Times newspaper, he became frustrated with the profession and began to write his first novel, Every Dead Thing, in his spare time. He continues to contribute articles to the paper, most frequently interviews with other established authors.