You are here: Home / Entertainment / The Truffle Hunters – Film Review 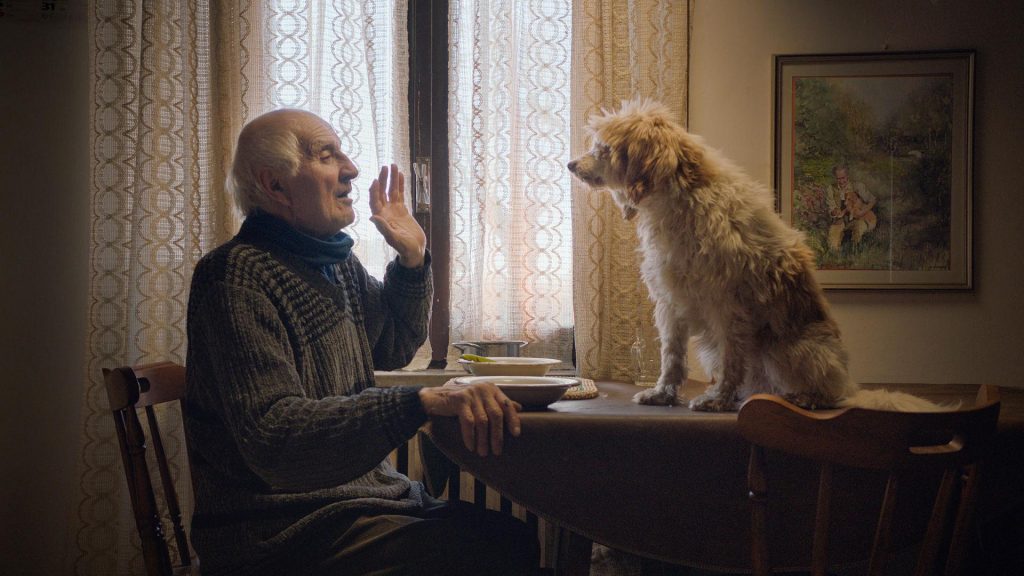 Refreshingly void of the standard documentary ingredients we are so accustomed to regarding the genre – here there’s no narration, no talking heads, and no recreations – The Truffle Hunters is a heartwarming, colourful, only momentarily tragic film that lets us in on a professional world that’s at once incredibly routine and undeniably fascinating.

The subjects of directors Michael Dweck and Gregory Kershaw’s film are all introduced through various conversations, either with family members, curious outsiders, or, more frequently, the canine companions that accompany them on their truffle hunts; the main narrative here being the search for Alba truffles in northern Italy.

Whilst every personality featured is worthy of their own focus, The Truffle Hunters puts most of its stock in a quartet of hunters, all unique in their own ways as they navigate their career – their passion – in a multitude of manners.  There’s Angelo, the film’s angriest subject, who has turned his back on hunting, fed up with the greedy and territorial nature that other hunters have adopted, going so far as to set poison traps for the assisting dogs; Sergio, who unwinds by aggressively playing the drums; Carlo, arguably the film’s most endearing character, who defies the stern cries of his angry wife to continue hunting in the dark hours of the evening; and Aurelio, a stubborn but kind-hearted man whose devotion to his dog has no equal; one of the film’s most tender sequences sees him and his dog Birba sit opposite each other, with Aurelio describing how he’ll find a wild woman to look after her once he’s passed on.

At only 84 minutes, The Truffle Hunters is never in danger of overstaying its welcome – in fact, you wish you had more time with them when it comes to a delightful close – and as much as the idea of watching men and their dogs look for truffles in the Italian forestry doesn’t sound incredibly inviting, there’s honestly such wonder and joy produced you’ll find it difficult to not be entirely swept away.  Joyous as it is though, there’s a bitterness to it as the hard work these men have devoted their life to merely equates to dollar signs for the food professionals and subsequent customers who seek out the truffles for momentary satisfaction.

Whilst the eventual outcome from their hard work is rather clinical – one of the truffle dealers admits to his young daughter how he never has the opportunity to savour the very product he’s peddling – and the men are all knowingly at an age where they’re facing their own mortality, they are all so enamoured with the process that they embrace life regardless of their circumstance.

Not without its dark undercurrent but a film that highlights the good and the quirky over such, The Truffle Hunters is a true gem of a feature.  Unlikely to resemble anything else you’ll see this year, this is a charming, euphoric account of owning your vigour and celebrating the bond between man and animal in the truest sense.

About The Truffle Hunters

Deep in the forests of Piedmont, Italy, a handful of men, seventy or eighty years young, hunt for the rare and expensive white Alba truffle—which to date has resisted all of modern science’s efforts at cultivation. They’re guided by a secret culture and training passed down through generations, as well as by the noses of their cherished and expertly trained dogs. They live a simpler, slower way of life, in harmony with their loyal animals and their picture-perfect land, seemingly straight out of a fairy tale. They’re untethered to cell phone screens or the Internet, opting instead to make their food and drink by hand and prioritizing in-person connections and community.

The Truffle Hunters (M) is screening in Australian theatres from February 18th, 2021.