You are here: Home / Entertainment / The Shape of Water – Film Review 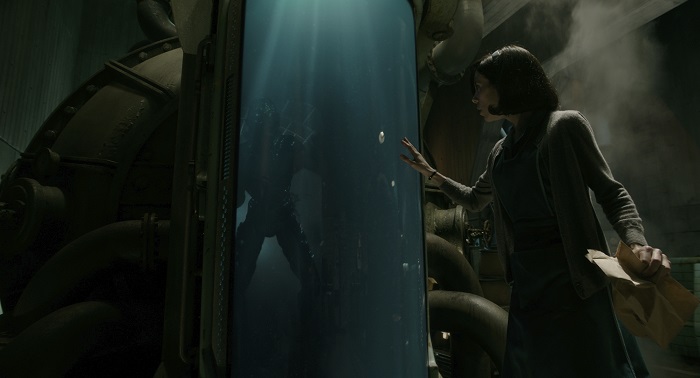 The Shape of Water is a fantasy drama set in a 1960s high-security government laboratory where Elisa (Sally Hawkins) works as a cleaner.

Elisa and co-worker Zelda (Octavia Spencer) discover a classified experiment in the form of a man-meets-fish like creature from the South American river. Elisa starts up a relationship with the creature and the two develop a loving bond.

The Soviet’s want the creature, while the Americans want to dissect it in an effort to win the Space Race. So, Elisa has to convince her neighbour and Zelda to help her in the rescue mission.

The film is a little slow to start, but it’s beautiful to watch and you’ll soon be swept up in the storyline. The green shade seems to be a little overcooked in parts.

The Shape of Water is an award-winning fairy tale packed with Guillermo del Toro’s signature touches. It’s well worth streaming if you missed it in the cinema.

The Shape of Water has been released to Blu-ray, DVD and Digital Download

About The Shape of Water