You are here: Home / Entertainment / The Punishment She Deserves by Elizabeth George – Book Review 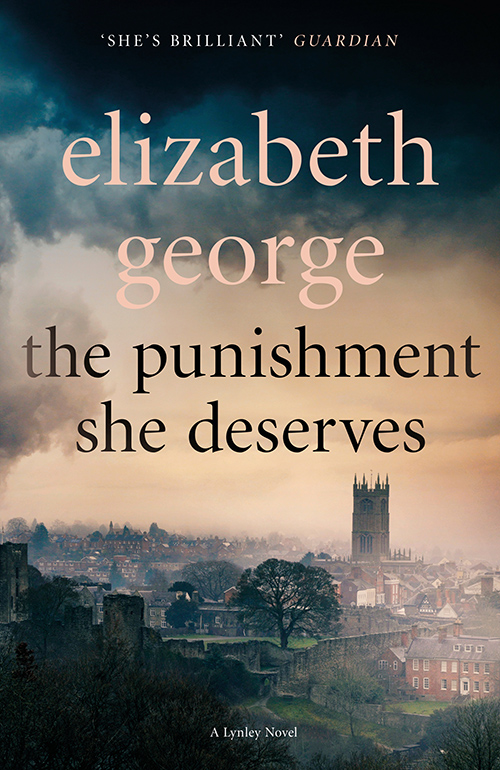 The Punishment She Deserves by Elizabeth George is the 20th and latest in the Inspector Lynley series of mystery novels. Inspector Lynley is the 8th Earl of Asherton. He and his partner, Detective Sergeant Barbara Havers, work out of Scotland Yard for the Metropolitan Police Service.

Ian Druitt is the Deacon of St Lawrence’s Church in the historic town of Ludlow in Shropshire, UK. After an accusation of paedophilia against Druitt, and his subsequent arrest and suicide, Ian’s Father seeks help from his local MP, who contacts the Assistant Commissioner at Scotland Yard, demanding further investigation into Ian’s death.

The Assistant Commissioner assigns DCS Isabelle Ardery to the case, partnering her with DS Barbara Havers, whose career is currently in jeopardy.

Ardery, due to personal and family problems, wants a swift enquiry so that she can return to London. As a result, she decides to overlook certain disturbing anomalies that Havers is keen to explore.

When information is eliminated from a report, the case is once more re-opened and this time it is DI Lynley who accompanies Havers back to Ludlow to redeem the Met’s reputation and save Barbara’s career.

Their investigations reveal a steamier side to the town with reports of binge drinking and unsolicited sex amongst the student community.

Can Lynley and Havers unravel the threads that link dysfunctional families in crisis and discover the truth of a more sinister crime?

Elizabeth George’s detailed descriptions of people and places give great depth to this novel, as do her perception of the human condition and the ensuing complexities of family life.

Currently available in paperback and hardback from your favourite bookshop.

About the Author – Susan Elizabeth George (born February 26, 1949) in Warren, Ohio, US, is an American writer of mystery novels set in Great Britain. She is best known for a series of novels featuring Inspector Thomas Lynley. The first eleven were adapted for television by the BBC as earlier episodes of The Inspector Lynley Mysteries. In addition to the Lynley books, George published two short story collections and Write Away (2004), a guide for aspiring writers. The Edge of Nowhere (2012), about the supernatural happenings on an island near Seattle, was her first effort aimed at young adults. She eventually returned to teaching, leading writing seminars at universities in the United States, Canada, and England.