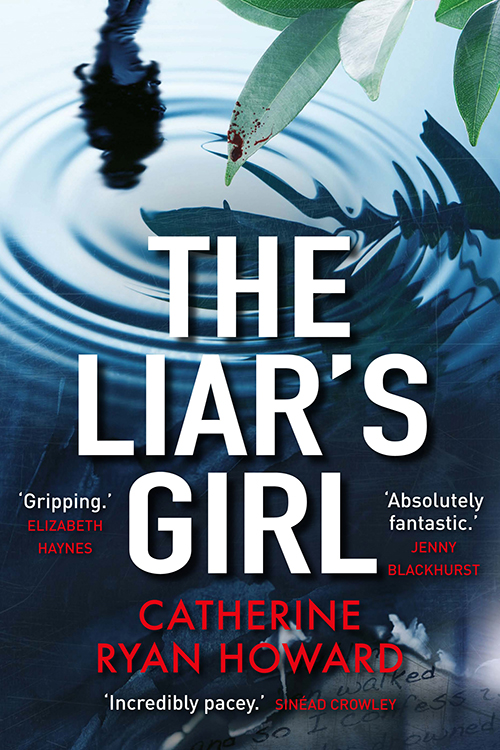 Wow. What a brilliant novel.

You know when you pick up a book, see the short, snappy accolades and endorsements from other well-known writers and think to yourself, ‘we’ll see about that’? I do that with pretty much every book and whilst I may agree with some of the quotes, most just seem generic and overly-gushy.

Not normally one for murder mysteries, I challenged myself to read something a little different to my usual book choices and I wasn’t disappointed. The Liar’s Girl has words like ‘gripping’, ‘fantastic’, ‘pacey’, ‘brilliant’ and ‘clever’ peppered in red and white across the front and back covers and in a first, I agree with every single one of those adjectives.

The book is set in Dublin, with the canals snaking their way through the central plot of the book. Our male protagonist Will, claims the so-called copycat Canal Killer is no copycat at all, but the true killer embarking on a new killing spree for which he has wrongly served 10 years of a life sentence.

The twist is that he’ll only tell his ex-girlfriend the truth – an ex-girlfriend who has spent 10 years trying to forget she ever knew Will.

The story is told from both Will and Alison’s point of view skipping backwards and forwards in time with chapters titled ‘Will, now’ and ‘Alison, then’. Between these, I loved that a shady character was given their own nameless chapters to build intrigue and call into question whether Will is, in fact, telling the truth…

It only took me a couple of days to devour Catherine Ryan Howard’s book and I wouldn’t hesitate to recommend her fantastic writing style and gripping storylines.

A must-read for lovers of thrillers, mysteries, and crime genres.

The Liar’s Girl is available in paperback from your favourite bookshop.

Catherine Ryan Howard was born in Cork, Ireland, in 1982. Prior to writing full-time, Catherine worked as a campsite courier in France and a front desk agent in Walt Disney World, Florida, and most recently was a social media marketer for a major publisher. She is currently studying for a BA in English at Trinity College Dublin. Her debut novel Distress Signals was published by Corvus in 2016.