You are here: Home / Entertainment / The High Note – Film Review 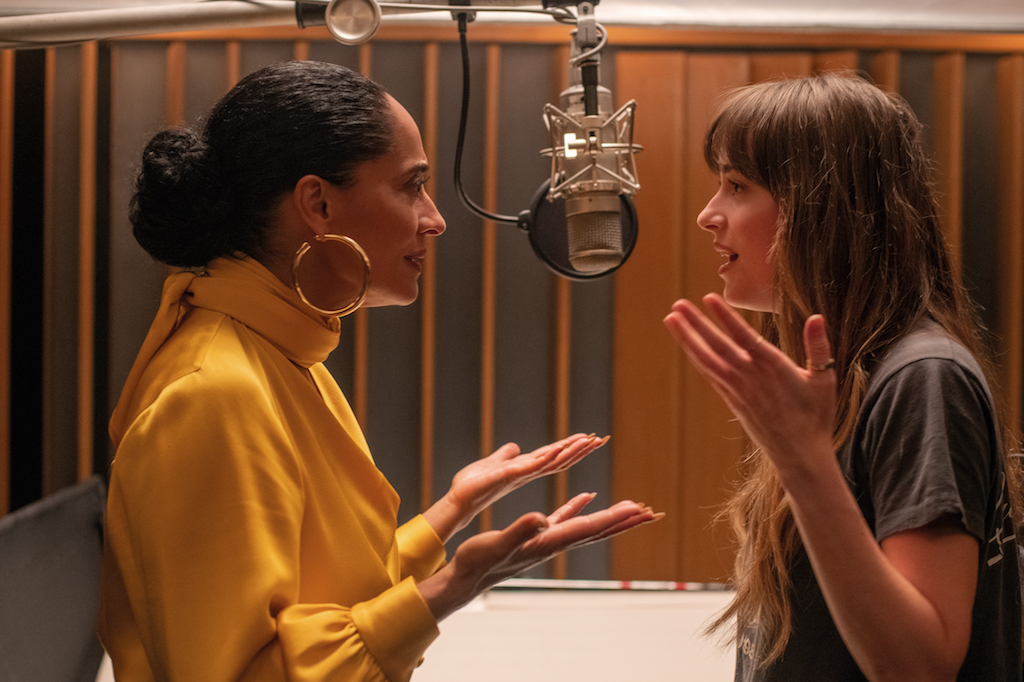 Singing superstar Grace Davis (Tracee Ellis Ross, channeling her own superstar mother Diana Ross throughout) may be music royalty but she’s in the horns of a dilemma, trying to stay relevant in an industry that values youth and profitability over a lifetime of achievement.  This is one of the main narrative beats of Nisha Ganatra’s The High Note, a standard though nonetheless entertaining comedy that, like her previous directorial effort Late Night, sways to its own charming beat, elevated by the ensemble on hand who push the tropes beyond their familiarity.

With sold-out tours and 11 Grammy wins to her name, Grace isn’t a slouch in her field, but despite her accolades she hasn’t released new music in close to a decade.  But, sadly (and rather telling of the industry politics), what Grace wants isn’t exactly what Grace gets, as her long-time manager, Jack Robertson (Ice Cube), revels in the easy money and stress-less temperament that comes with the suggestion of a Vegas residency.

Fighting this career move as strongly as she can, Grace discovers her biggest cheerleader in personal assistant Maggie (Dakota Johnson), a passionate music lover and aspiring producer who, when not organising Grace’s schedule and making coffee runs, is secretly working on her own remix of one of Grace’s signature hits in the hopes it’ll spark a more professional collaboration between the two.  We’re unsurprised when Grace doesn’t appreciate Maggie going behind her back regarding this, nor when Jack chastises her for overstepping her boundaries, but it fuels a fire that leads her to upcoming artist David Cliff (Kelvin Harrison Jr., almost too impossibly charming), a strikingly talented musician-in-waiting who also pulls double duties as Maggie’s love interest; as coincidental as this story arc proves to be, Johnson and Harrison Jr make it work effortlessly thanks to their natural chemistry.

Whilst The High Note dabbles in mentioning the hardships of a woman’s prominence in the music industry – even more so a woman of colour over the age of 40 – Flora Gleeson’s script opts for a lighter tone, going for an easy entertainment value rather than educating its audience, and because the film is as breezy and as likeable as it is, we ultimately don’t mind its slight mentality.  Like the crowds who pack in for Grace’s arena shows – and Ellis Ross has a great time tapping into her musical diva alter ego – we know exactly what we’re getting with this film.

The reason it works so well though is because Johnson and Ellis Ross, cliched as their characters are, play off each other in a spirited manner, their characters interestingly juxtaposing one another as Maggie seeks to break the glass ceiling of the industry (she’s informed that female music producers aren’t a common commodity) whilst Grace feels trapped in her own box that everyone around her has seemingly forced her into.  Maggie could’ve easily been framed as too naive or too ambitious, and Grace too demanding or insufferable, but wisely Johnson and Ellis Ross infuse their characters with a humanity that makes their situation relatable.

The High Note doesn’t break the mould in any form, but its central theme of friendship and listening to your own voice assists in packaging the film to be as watchable as it is.  And, if nothing else, you’ll be hard pressed to find a more satisfying soundtrack as the mix of specifically-tailored cuts and soul classics further the film’s evident respect of the industry.

About The High Note

Set in the dazzling world of the LA music scene comes the story of Grace Davis (Tracee Ellis Ross), a superstar whose talent, and ego, have reached unbelievable heights. Maggie (Dakota Johnson) is Grace’s overworked personal assistant who’s stuck running errands, but still aspires to her childhood dream of becoming a music producer. When Grace’s manager (Ice Cube) presents her with a choice that could alter the course of her career, Maggie and Grace come up with a plan that could change their lives forever.

The High Note (M) is screening in Australian theatres from September 24th 2020.