You are here: Home / Entertainment / The Gentlemen – Film Review 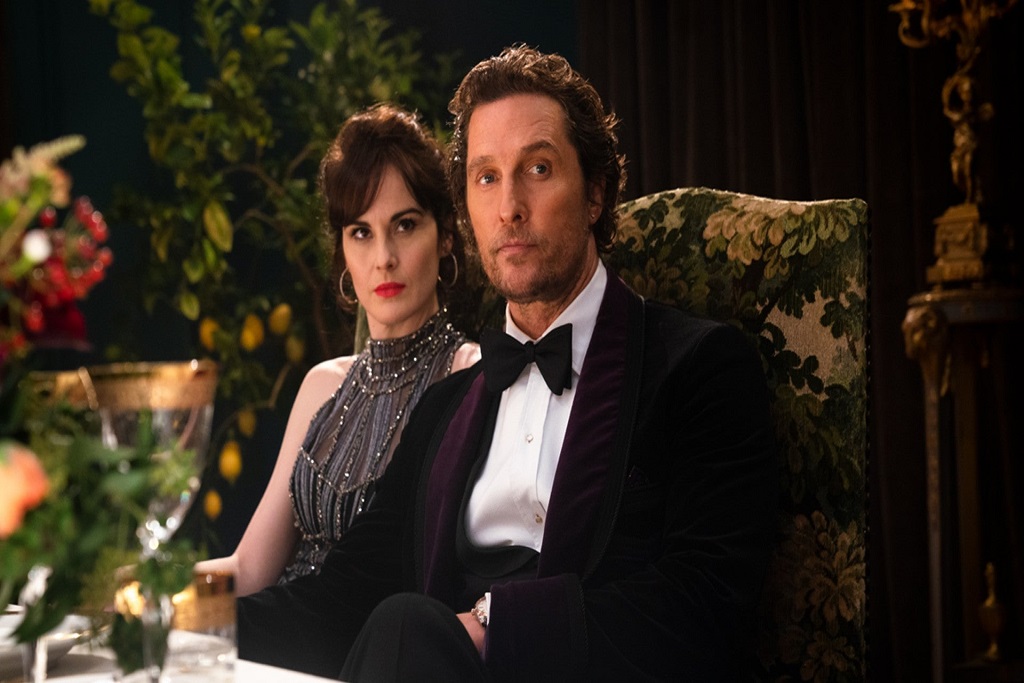 During the love-affair Hollywood seemed to have with director Guy Ritchie off the back-end of the one-two punch that was Lock, Stock and Two Smoking Barrels (1998) and Snatch (2000), there was an almost unspoken understanding that his penchant for flamboyant dialogue, complicated plots, and flashy use of freeze frames and voice-overs was setting him up to be the British Tarantino.

Sadly the industry had their filthy way with him, though rightfully so, when he indulged the vanity of his then-wife Madonna and helmed the near-career killer that was Swept Away (2002); if you haven’t seen it, don’t! A somewhat return to form with mobster tales Revolver (2005) and RocknRolla (2008) hardly brought the same monetary success as his earlier pictures, so settling on big studio titles made sense, and the results proved both fruitful (the duo of Robert Downey, Jr-led Sherlock Holmes features) and frightening (the less said about that messy King Arthur movie the better).

Thankfully the boisterous Brit is back in fine form with The Gentlemen, a loud, often bloody, and incredibly offensive (the script is laced with the C-word being uttered as if it was just another common colloquialism) gangster picture that is cut from the same 90’s Ritchie cloth without completely emulating the same charm he injected among his former ill-behaving anti-heroes.

Hugh Grant, who’s having an absolute ball letting loose as a sexually ambiguous private investigator, stages The Gentlemen‘s scene as Fletcher, who has come to the luxurious estate of Ray (Charlie Hunnam, obviously forgiving Ritchie for the potential career-derailment that was the aforementioned King Arthur) to propose a shady deal.  Aware of the criminal dealings of Ray’s employer – smartly-tailored drug dealer Mickey (Matthew McConaughey, also wonderfully returning to form after a series of back-to-back-to-back misfires) – and hoping to make a cool 20 million pounds in exchange for his silence, Fletcher’s sure that his gathered information will rattle enough feathers to keep him out of both Mickey and Ray’s firing line.

Looking to retire his life of marijuana-funded crime with his cockney wife in tow (Michelle Dockery), Mickey’s plan to sell his crops to a fellow American (Jeremy Strong) proves not as simplistic as he envisioned when volatile Dry Eye (Henry Golding, far removed from the charming persona he exuded in Crazy Rich Asians), a Chinese syndicate power player, makes his own case as the rightful buyer of Mickey’s business.  This turf war of sorts sets off a chain of violent events that ropes in Russian heavy hitters, an Irish boxing coach (Colin Farrell), and a colourful street gang known for their impromptu music videos, just to name a few.

Whilst Ritchie is evidently having a ball splashing around in the genre he cut his teeth on, The Gentlemen doesn’t quite crack as bright as his former efforts.  There’s a familiarity and lack of originality peppered among the foul language and typically rough violence, but it’s an easy gripe to forgive as it’s entertaining nonetheless, a walk down memory lane, if you will, that retraces charted steps but proves a welcome re-visit all the same.

Calling the film The Gentlemen is both apt and ironic given the male-heavy cast is anything but courteous in their demeanour, and Dockery as the lone female character justifies its title (though one strong femme is better than none at all), but this mismatch of equality and blatant disregard for PC mentality only further reiterates Ritchie’s return to form.  This may not be the most pleasant film, but you’re still likely to enjoy its immorality all the same.

From writer/director Guy Ritchie comes #TheGentlemen, a star-studded sophisticated action comedy. The Gentlemen follows American expat Mickey Pearson (Matthew McConaughey) who built a highly profitable marijuana empire in London. When word gets out that he’s looking to cash out of the business forever it triggers plots, schemes, bribery and blackmail in an attempt to steal his domain out from under him (featuring an all-star ensemble cast including Charlie Hunnam, Henry Golding, Michelle Dockery, Jeremy Strong, Eddie Marsan, Colin Farrell, and Hugh Grant).