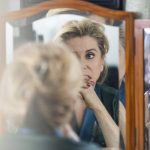 Master director Kore-Eda Hirokazu’s wry and charming new dramedy The Truth pairs Academy Award nominees Catherine Deneuve and Juliette Binoche on screen for the first time. Together they play the parts of a celebrated actress and her estranged daughter - a fractured relationship put to the test in quietly comical circumstances. Fabienne (Deneuve) is a star; a much loved, … END_OF_DOCUMENT_TOKEN_TO_BE_REPLACED 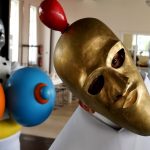 The best German-language cinema on offer is readily at Brisbane's fingertips from May 30th through to 12th June at the 2019 German Film Festival presented by Palace Cinemas. With 31 feature films across the line-up this year's festival promises something for everyone, from box office success stories to award-winning dramas straight from the Berlinale festival, with the … END_OF_DOCUMENT_TOKEN_TO_BE_REPLACED

The Reports on Sarah & Saleem tells the story of Sarah (Sivane Kretchner), an Israeli café owner who lives in West Jerusalem, and Saleem (Adeeb Safadi), a Palestinian deliveryman from East Jerusalem. It makes for an engrossing tale set across a deeply-divided region. Saleem runs nightly deliveries from the West to the East. The job affords him the late-night trysts with … END_OF_DOCUMENT_TOKEN_TO_BE_REPLACED

Fresh from sweeping the floor at the European Film Awards taking home five awards is Cold War: a sobering examination of love in all its forms - revenge, hate, jealousy, betrayal and obsession. It’s not all melancholy: what accompanies it is an exceptional soundtrack - from angelic sounds of Polish folk to choral to French club jazz. The music is where the story begins. In … END_OF_DOCUMENT_TOKEN_TO_BE_REPLACED