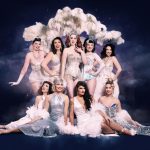 A sexually-charged hour of body positivity, seductive dance routines, and death-defying acts - one elevated for our visual pleasure - Bombshell Burlesque return to the Brisbane Powerhouse with a journey through the subconscious: Sweet Dreams. For every bit of cheek and slick choreography, there's a sense of danger and unpredictability lurking underneath their strategically … END_OF_DOCUMENT_TOKEN_TO_BE_REPLACED

Not very often the subject of a biopic appear in their own cinematic story. In Yuli: the Carlos Acosta Story, the man and dancer himself plays centre stage. This film has been constructed in a most extraordinary way, and the performances are impeccable. Based on Acosta’s 2007 auto-biograhy ‘No Way Home’, the film intertwines three stages of the dancer’s life - from his … END_OF_DOCUMENT_TOKEN_TO_BE_REPLACED

Continuing the wave of divisive art-house horror that we have seen as of late with the release of such titles as mother! and Hereditary, Luca Guadagnino’s Suspiria arrives ready to face a similar reaction where it’s likely to be both championed and criticised in equal measure. The 1977 Dario Argento original is considered a classic within the horror genre, but unlike the … END_OF_DOCUMENT_TOKEN_TO_BE_REPLACED