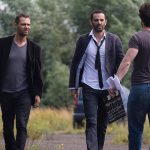 Australia has had some extremely talented exports in the world of film-making. Some of the most famous actors and actresses in the world are Australians, and here we profile some of them for you : Nicole Kidman is probably one of the most well-known actresses in Hollywood today. While she is Australian, she was actually born in Honolulu, Hawaii while her parents were there … END_OF_DOCUMENT_TOKEN_TO_BE_REPLACED