You are here: Home / Entertainment / The Shepherd’s Hut by Tim Winton – Book Review 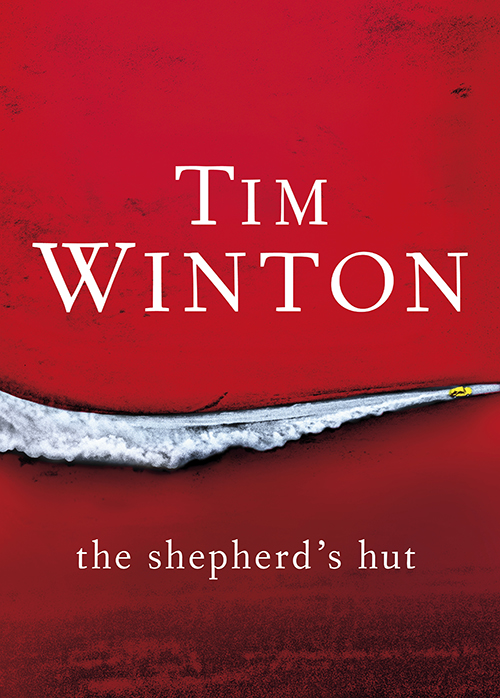 The Shepherd’s Hut by Tim Winton, one of Australia’s most acclaimed writers, is the story of anti-hero Jaxie Clackton. His mother is dead and his father is a vicious bully, who continually beats him. Jaxie took out his frustration on the kids at school and is despised as the town’s scumbag. Now he works in his father’s butcher shop where he is treated worse than a dog. He longs to escape but fears his father would track him down.

When his father is killed, Jaxie fears he’ll be accused of his murder. His only choice is to flee and head north to find Lee, the girl who loves and understands him.

He packs what he can to help him survive the journey, and so begins the long trek on foot through the desolate lands of the West Australian wheat belt. Travelling, mostly by night, and remaining hidden during the day, he eventually reaches the saltpans at the edge of the desert.

Badly dehydrated and barely alive, he stumbles upon Fintan MacGillis. The elderly man has been learning to survive for years after being disgraced and abandoned at the derelict shepherd’s hut. Fintan fears for his life.

The Shepherd’s Hut will take you on a grueling journey from start to finish. The masterful description of the Australian outback is so vivid that you will suffer every painful step that Jaxie takes. This is Australia at its harshest and most unforgiving.

Tim Winton continues to build the tension to the very end. Brilliant.

A Sheperd’s Hut is a must read of this year.

The Sheperd’s Hut will be published 12th March 2018 as hardback and ebook.

Tim Winton is an Australian writer of novels, children’s books, non-fiction books, and short stories.  In 2007 he was named a Living Treasure by the National Trust and has won numerous literary awards. He has won the Miles Franklin Award four times.

Tim was born in Karrinyup, Western Australia. He moved with his family at age of 12 to the regional city of Albany. He has lived in Italy, France, Ireland and Greece, but currently lives in Western Australia again. Winton met his wife Denise when they were children at school. Later they reconnected and married when he was 21 and she was 20. They have three children together. They live on the coast north of Perth.