You are here: Home / Entertainment / The Secrets She Keeps by Michael Robotham – Book Review 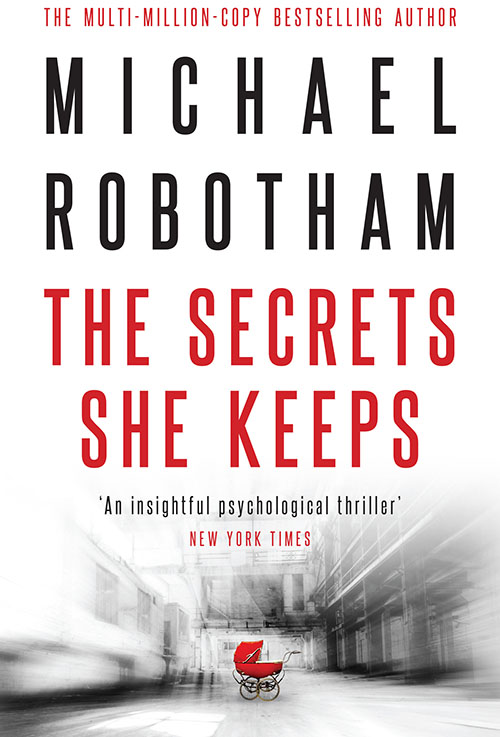 The Secrets She Keeps by award-winning author, Michael Robotham, is the story of two women, who live very different lives.

Agatha lives in a shabby apartment and works part-time filling shelves in a supermarket in a London suburb. Hayden, her boyfriend of three months, works as a communications technician in the Royal Navy, ended their relationship before he left on an eight-month deployment.

Agatha hopes that he will want to renew their relationship when she tells him that she is pregnant with his child. All of her hopes and dreams are pinned on a happy life with Hayden and their baby.

Agatha is entranced by one of the store’s customers and watches out for her constantly. Meg is beautiful and has everything that Agatha longs for: two beautiful children, Lucy and Lachlan, a handsome and talented husband, Jack, stylish friends, and a popular parenting blog.

The women meet in the store one day. Agatha learns that Meg is pregnant again and that they are both due to give birth within a week or two of each other. They become friends and Meg invites Agatha to attend her Yoga class.

But, both women are keeping secrets.

Meg slept with Jack’s friend, Simon, also her former lover, on one occasion after she and Jack had a fight.

Agatha has a dark and troubled adolescence, a history of miscarriages and a broken marriage.

The story is told in Agatha’s and Meg’s first-person voices in alternating chapters. The reader learns of the two women’s pasts and their present state of mind. As the tension and sense of threat increases, the women, who should become antagonists, are strangely drawn to one another.

Once begun you won’t be able to put this book down!

The Secrets She Keeps is published in paperback 27 February 2018, but is currently out in ebook and trade paperback.

Buy The Secrets She Keeps from Dymocks

About Michael Robotham – before becoming a novelist, Michael was an investigative journalist working across America, Australia and Britain. As a journalist and writer, he has investigated notorious cases such as the serial killer couple Fred and Rosemary West. He has worked with clinical and forensic psychologists as they helped police investigate complex, psychologically driven crimes.

Michael’s 2004 debut thriller, The Suspect, sold more than 1 million copies around the world. It is the first of eight novels featuring clinical psychologist Joe O’Loughlin, who faces his own increasing battle with a potentially debilitating disease. Michael has also written four standalone thrillers. In 2015 he won the UK’s prestigious Crime Writers’ Association Gold Dagger Award with his standalone thriller Life or Death.
He lives in Sydney.