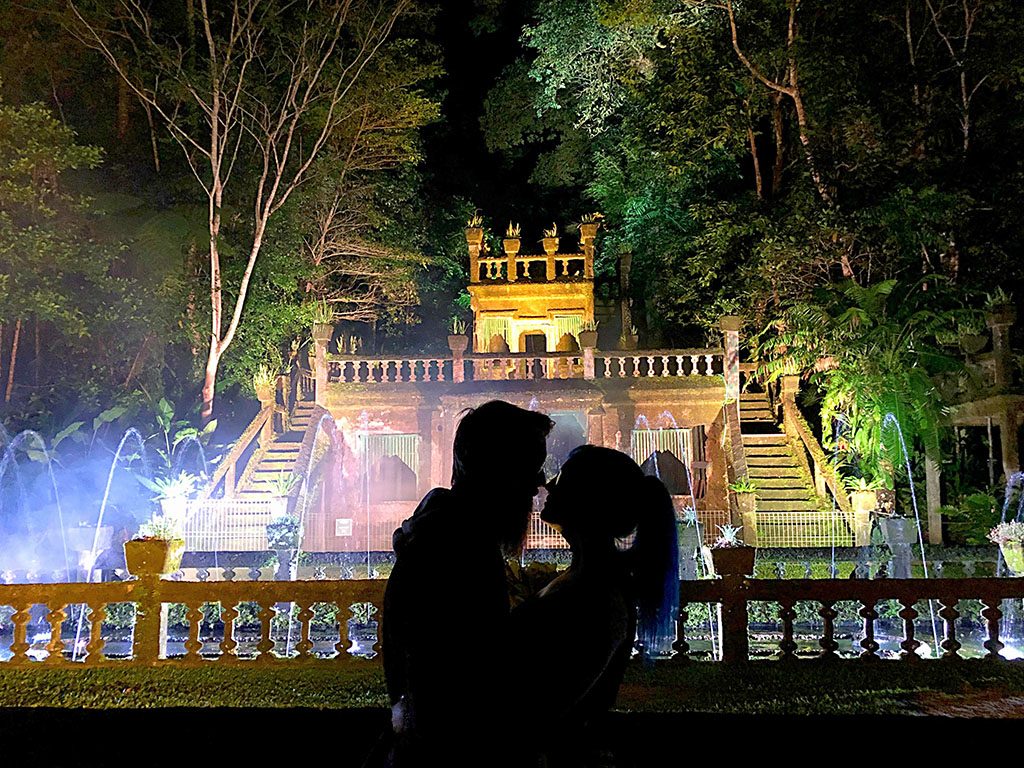 Paronella Park located in Sunny North Queensland is 120km car ride south of Cairns and is a must see when visiting the Sunshine State.

It’s not the first thing you think of when visiting Cairns, which is more known for its tropical weather and The Great Barrier Reef but I’d say Paronella Park was the highlight of my week-long holiday in North Queensland. The 5 Hectare National heritage listed park is built alongside the Mena Creek Falls and is a mix of nature and dreams entwined into one magical place.

Arriving just after opening we were greeted at the park entrance and told about the free daily tours that run throughout the park. The entrance fee goes towards helping preserve and maintain the park and includes accommodation for those camping in their adjoining caravan park and also fish food for their fish and turtles at the bottom end of the park. “The Dream Continues Tour” took us through the park with our guide Ben. He was very informative and told us the story of José Paronella who came to Australia in 1913. After working in the sugarcane industry for over 10 years to save for land, he went home to Spain to marry his new wife and returned to Australia after his honeymoon. This was when he came across the shrubland and Mena Creek falls where Paronella Park would eventually start to be built in 1929. 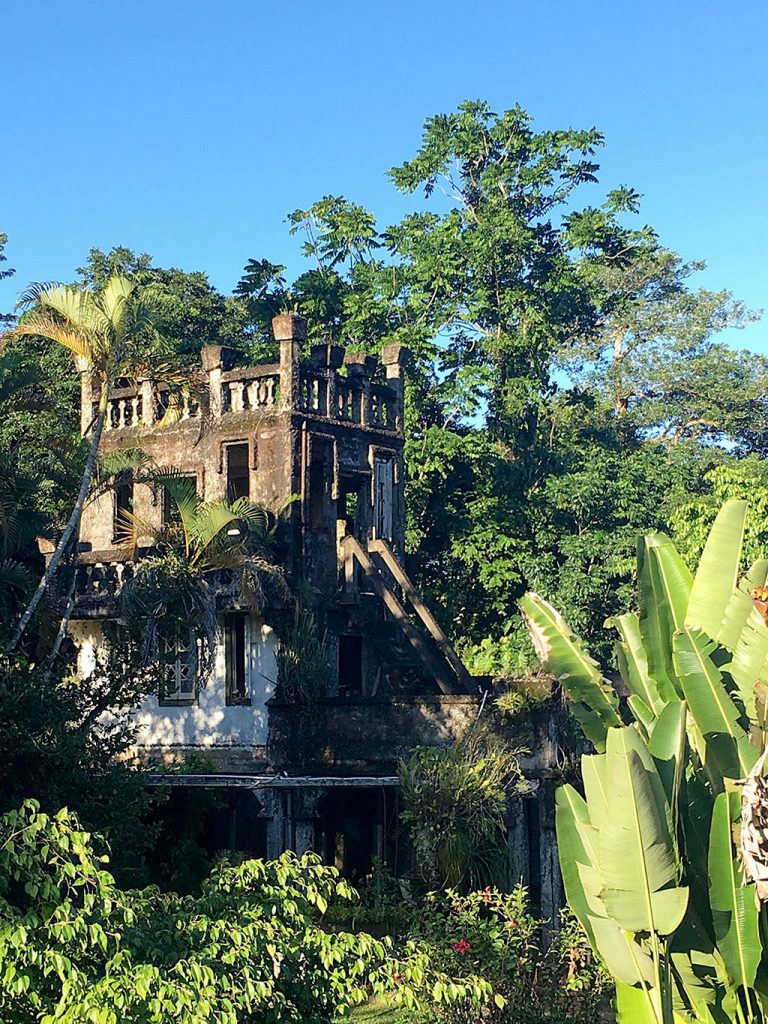 The house that Jose´ Paronella built…… or rather the castle known as the lower refreshment building is one of the parks main architectural features left after years worth of cyclones, storms and floods in the area. Due to the age and condition of these buildings you can unfortunately no longer walk inside but wandering through the park you can imagine how truly amazing they would have been in their day. The Spanish inspired castles which are covered in moss and greenery give you the feel of walking around in a nature-inspired wonderland.

The park was designed with small water streams running throughout which allows fish and wildlife to move from different parts of the park. We caught a glimpse of a large pregnant female eel swimming up to the freshwater spring falls to lay her eggs. These smaller falls were named after Josés Daughter Theresa.  There is a large grassy area in front of the old refreshment building which is sun drenched during the day and perfect for picnics with the family. Seating tables which were also built overlooking the waterfall if you prefer a different scenery. The plants throughout the park are taking over in some places but that I think gives the parks its magical atmosphere.

Our group spent a whole day wandering around the park looking at the old buildings, plant life and local wildlife which included butterflies, insects, bush turkeys, birds and feeding the turtles and fish. 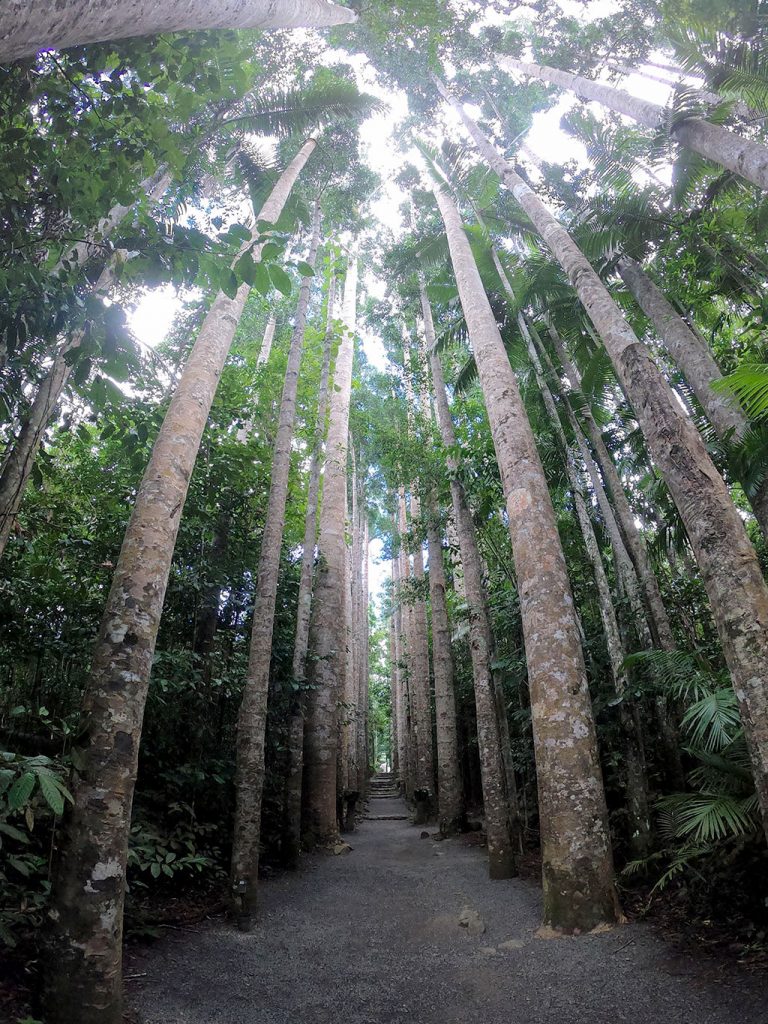 The beautiful Kauri Pines which lined a long walkway was another highlight, but tree huggers beware their bark did have a bit of sap so I spent the rest of the day with tree sap on my shirt after hugging on of these tall giants.

With so much beauty and magic in one place it’s hard to imagine the troubles this park has suffered with natural disasters.  But new owners Mark and Judy Evans have done a great job trying to restore the park to its former glory after it had been shut down for many years. One of their most challenging restoration projects was the Electrical Hydro plant which was completed in 2009 and now powers the parks completely and lights up the waterfalls of a night for all to see. 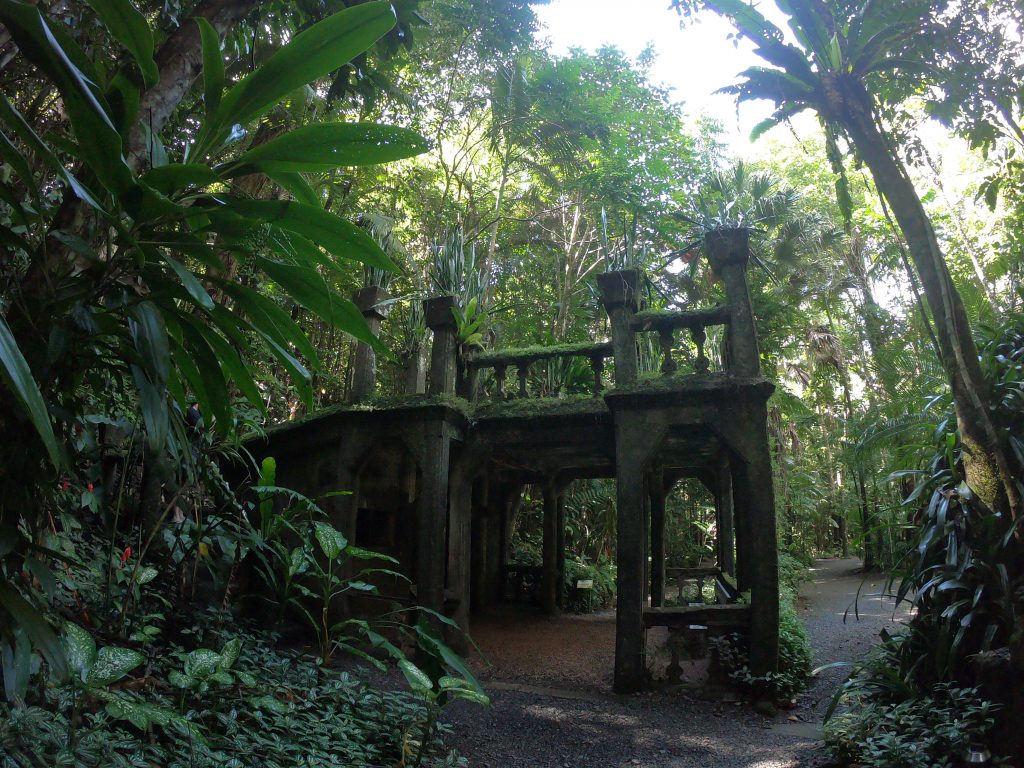 If you decide you still want more than just a day trip to Paronella Park sign yourself up for a “The Darkness Falls Tour” which takes you through a guided walk of the park at night showcasing the parks magnificent attractions and waterfalls lit up in rainbow colours and lights like a fairytale. If you’re lucky your guide will help you take some Instagram or Facebook-worthy photos to help you remember your visit to this Spanish fairytale inspired park. 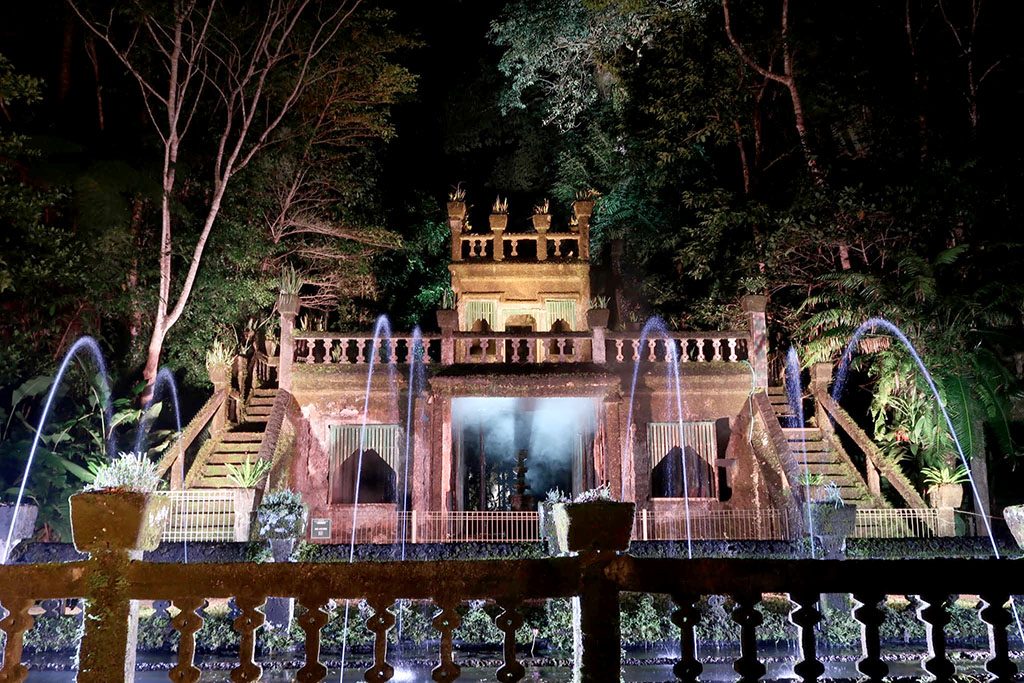 Overall a great day and evening out and with an entry fee that lasts for the next 2 years with unlimited visits. I’m already daydreaming about my next trip back.

Everyone has a dream but not everyone’s dreams are fulfilled. José Paronella’s dream was to build a castle. He chose a special part of Australia and created Paronella Park. On 5 Hectares beside Mena Creek Falls he built his castle, picnic area by the falls, tennis courts, bridges, a tunnel, and wrapped it up in an amazing range of 7,500 tropical plants and trees (now a lush rainforest!).

For more information head to the Paronella Park website.