You are here: Home / Entertainment / Odd Child Out by Gilly Macmillan – Book Review 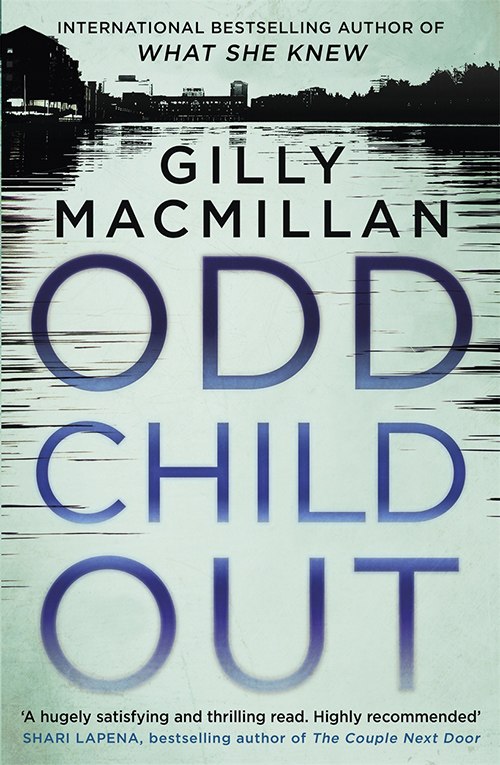 Odd Child Out by Gilly Macmillan sees the return of DI Jim Clemo (from the book ‘What She Knew’, 2015) who has just returned from mandatory counselling sessions following his last case.

A friendship is formed between two boys from very different backgrounds. Noah is an upper-class English boy, who has been battling cancer for most of his life, and Abdi is a refugee from Somalia whose father is a taxi driver. They become best friends after Abdi wins a scholarship to attend the prestigious Medes sixth form college in Bristol, where Noah is already a student.

Ed Sadler, Noah’s father, is a well-known photographer, who has spent many years depicting life in refugee camps in various parts of the world including Somalia. One evening the boys attend a party to celebrate Ed’s latest exhibition, displaying photos of the refugee camp at Hartisheik, where Abdi’s family spent years in poverty and degradation.

After the party, Noah and Abdi find themselves in a scrap yard at the industrial Feeder Canal and Noah ends up in the water. He is rescued, taken to the hospital, and put into an induced coma. Meanwhile, Abdi returns home but refuses to speak about what happened that night.

DI Clemo is put in charge of the investigation, aided by his colleague, DC Justin Woodley. They follow various leads, but none of them results in any conclusive evidence regarding Noah’s fate. Their task is made more difficult by both cultural and language barriers.

A strained relationship between the boys’ families and public opinion are inflamed by the crime reporter, Emma Zhang, Clemo’s former lover after she interviews Noah’s parents. She raises suspicions against the police, implying that they are holding back information to prevent racial tensions from escalating.

Both families fight to protect their sons and seek the truth, but tensions rise even further when Abdi goes missing. His family are forced to confront the fears and secrets that they left behind at Hartisheik camp.

Will the police find Abdi and is his disappearance linked with Noah’s incident in the canal?

This is a compelling story of two families from very different backgrounds, both dealing with fears for their beloved sons. Also, the relationship between Jim Clemo and his sister, playing out in the background, is further proof of family loyalty running deep. Well written with great sensitivity, it moves along swiftly as the action builds to a heart-racing conclusion.

Gilly Macmillan is the internationally bestselling author of ‘What She Knew’ (previously published as ‘Burnt Paper Sky’ in some territories), ‘The Perfect Girl’ and ‘Odd Child Out’.

Gilly is Edgar Award-nominated and an ITW award finalist. Her books have been translated into over 20 languages.

She grew up in Swindon, Wiltshire and also lived in Northern California in her late teens. She studied History of Art at Bristol University and then at the Courtauld Institute of Art in London.

Gilly lives in Bristol, the UK with her husband, three children and two dogs and writes full time. She is currently working on her fourth novel.