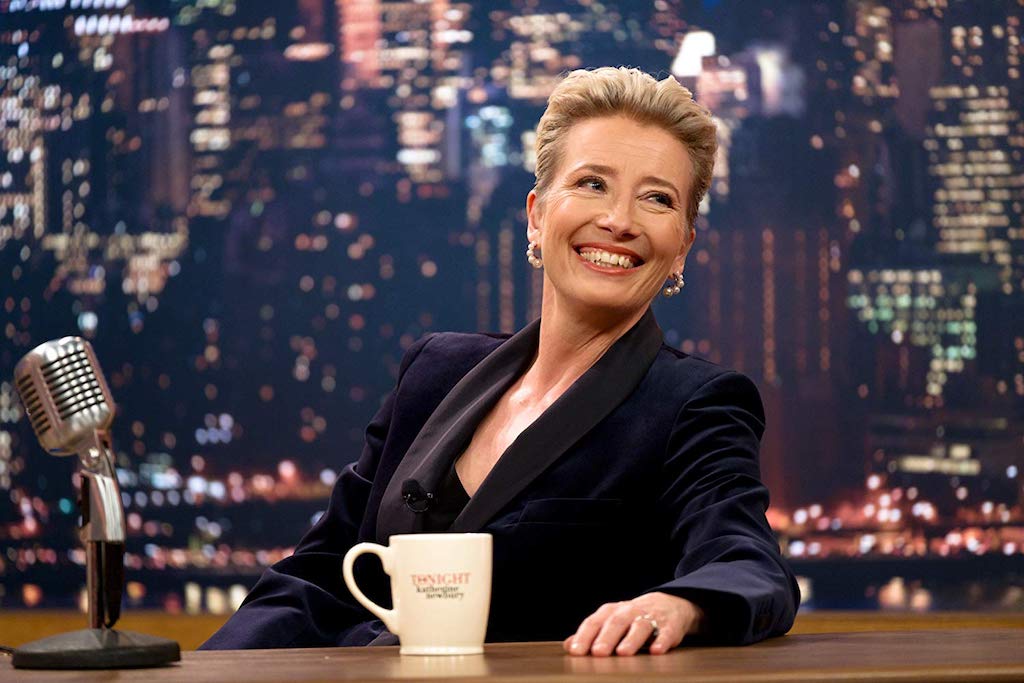 Whilst you imagine Mindy Kaling has more than her share of biting industry stories given that she started her career as an intern for Conan O’Brien, her scripted laugher Late Night plays things all a little safe and predictable.  It’s perhaps a little too overstuffed and saccharine for its own good, but nonetheless it still offers up its share of behind-the-curtain comedy that plays like a Devil Wears Prada for the late night talk show scene.

Critical to the film’s success is Emma Thompson, and, as to be expected, the Dame is terrific.  So rarely afforded the chance to flex her comedic muscle in the manner we know she’s capable of, Thompson (in a role written by Kaling specifically for her) stars as talk-show royalty Katherine Newbury, a seemingly untouchable multiple-Emmy winning talent who for almost three decades has steered Tonight with Katherine Newbury to fruition. 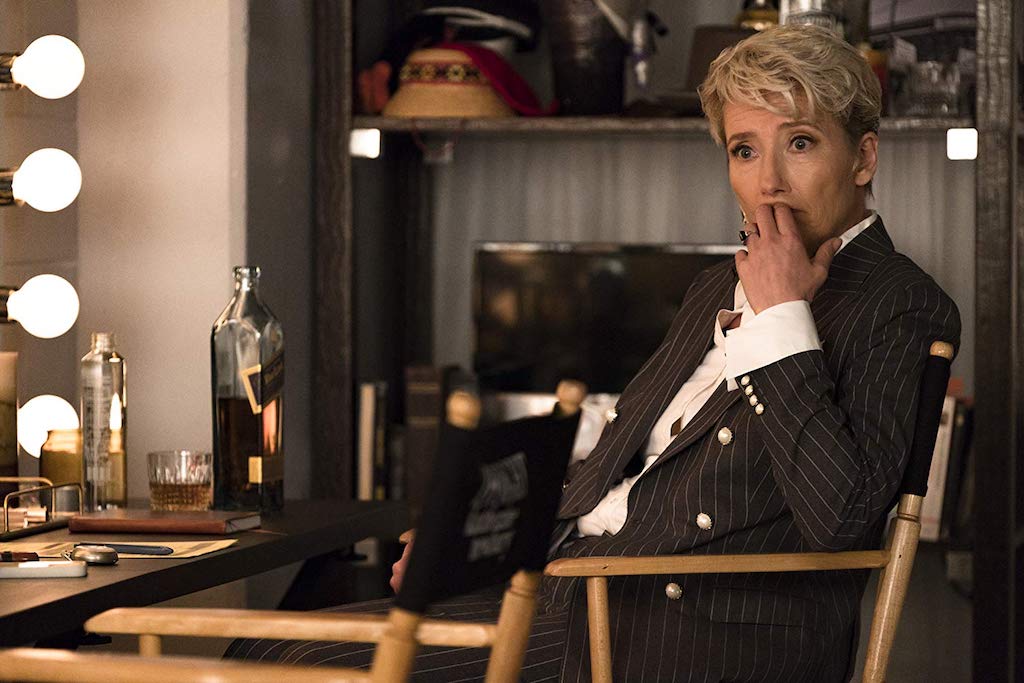 But in an era where sophisticated humour, one’s own vanity, and guests of rank rather than relevance are of little importance, Newbury’s apparent irrelevance leads her network head (Amy Ryan) to bring down the axe on the show, with the biting host ill-prepared to say goodbye; “People don’t want want smart comedy, they want Kevin Hart on a slip’n’slide” she laments.

In a bid to make her last season count – or, if she can help it, pull it out of its rating funk so she can stay on board – Newbury looks to her writing staff, her particularly caucasian, all male writing staff, and challenges her producer to find a female writer.  Enter Molly Patel (Kaling, predictably sunny and charming), a quality control specialist at a chemical plant with little comedy writing experience but a heft of enthusiasm, who scores a 13-week trial period hire on the writing team.  Her male cohorts aren’t convinced, and Newbury doesn’t take too kindly to her honesty, but we know it’s only a matter of time before Molly’s pluck wins the crew over which, in turn, boosts the show’s morale. 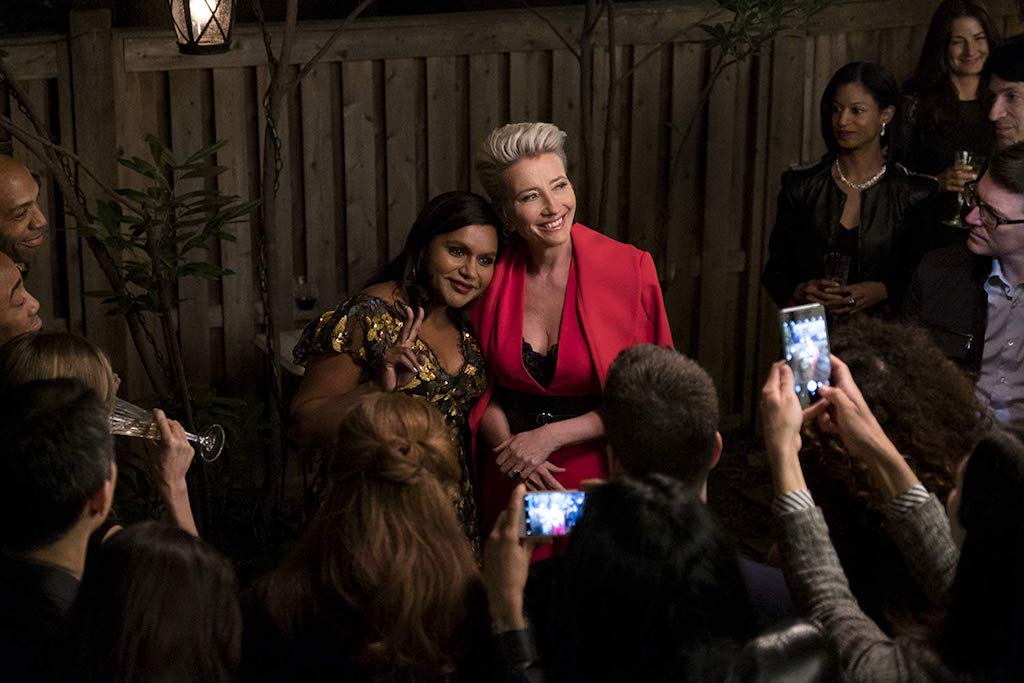 As Kaling’s script proves throughout, the talented comedienne knows her way around the politics of the writer’s room, and Late Night could’ve been a biting satire on the industry had she exercised a little more focus.  Instead, perhaps in a bid to be more universally accepted by mass audiences, Newbury’s not only given room to reinvent herself, but a subplot involving marital woes with her husband (a tender John Lithgow), as well as some serviceable rom-com activity for Molly (Hugh Dancy and Reid Scott as fellow writers both earning prime placement as potential suitors), means the film has plenty of filler but stifles its own rhythm in the process.

Tonal shift issues aside, a studio comedy led by women, written by a woman, and directed by a woman (predominant TV director Nisha Ganatra) detailing an industry dominated by men is a project to both celebrate and respect.  The humour may not always be hilariously consistent but it’s suitably on-point regardless and, if nothing else, Late Night‘s a worthy venture out to bask in the gloriousness that is Emma Thompson.

Katherine Newbury (Emma Thompson) is a pioneer and legendary host on the late-night talk-show circuit. When she’s accused of being a “woman who hates women,” she puts affirmative action on the to-do list, and—presto!—Molly (Mindy Kaling) is hired as the one woman in Katherine’s all-male writers’ room. But Molly might be too little too late, as the formidable Katherine also faces the reality of low ratings and a network that wants to replace her. Molly, wanting to prove she’s not simply a diversity hire who’s disrupting the comfort of the brotherhood, is determined to help Katherine by revitalizing her show and career—and possibly effect even bigger change at the same time.