You are here: Home / Entertainment / The Last Train by Sue Lawrence – Book Review 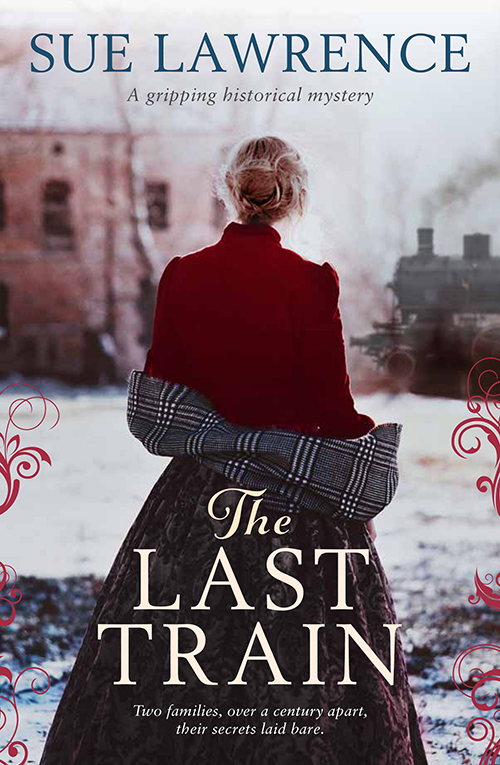 The Last Train by Sue Lawrence, better known as a cookbook author, has written her second novel as a dual narrative. It concerns two women living centuries apart, but sharing the same anguish over a husband and partner, who have both suddenly gone missing.

Ann Craig’s Husband, Robert, the owner of a jute mill in Dundee, is feared lost following the River Tay Bridge disaster on 28th December 1879.  When, at 7pm, the bridge collapsed during a fierce storm, sending the train from Fife off the rails and into the freezing water.

In 2015, Fiona Craig wakes to find her partner, Pete, an Australian chef working in Scotland, has disappeared after emptying their bank account and abandoning his car at the local airport.

Ann has two young children, James and Lizzie, to whom she is devoted.  She lives in the palatial house that her husband had built for her at 73 Magdalen Yard Road, Dundee.

After Pete’s disappearance, Fiona and her young son, Jamie, move back to Dundee to live with her parents. The family home is the same house that Ann lived in all those years ago. Fiona’s father’s family have lived in the same house for several generations and it appears that the two women could be related.

Both women investigate the circumstances surrounding their partners’ disappearances and all is not what it seems.

Ann discovers that Robert may not have been on the train at all, but, if not, where is he?

Fiona delves into Pete’s background and realises that he has a dark past and, possibly, another family back in Australia.

This historical, mysterious novel, moving along parallel storylines, gives a realistic insight into the life and times of the inhabitants of Dundee in the late 1800’s. It also gives a wonderfully descriptive history of the Tay Bridge disaster.

The intertwined stories of the two women and the eventual fate of their partners will keep you in suspense until the very end.

The Last Train is an enthralling read and beautifully written.

Sue Lawrence is a journalist who took up writing again after winning BBC Masterchef in 1991. She was the cookery columnist for the Sunday Times then for Scotland on Sunday. She also wrote for several magazines and has appeared regularly on TV and radio.

She is the author of 15 cookbooks and The Last Train, which was published in the UK as The Night He Left, is her second novel.