You are here: Home / Entertainment / Knives Out – Film Review 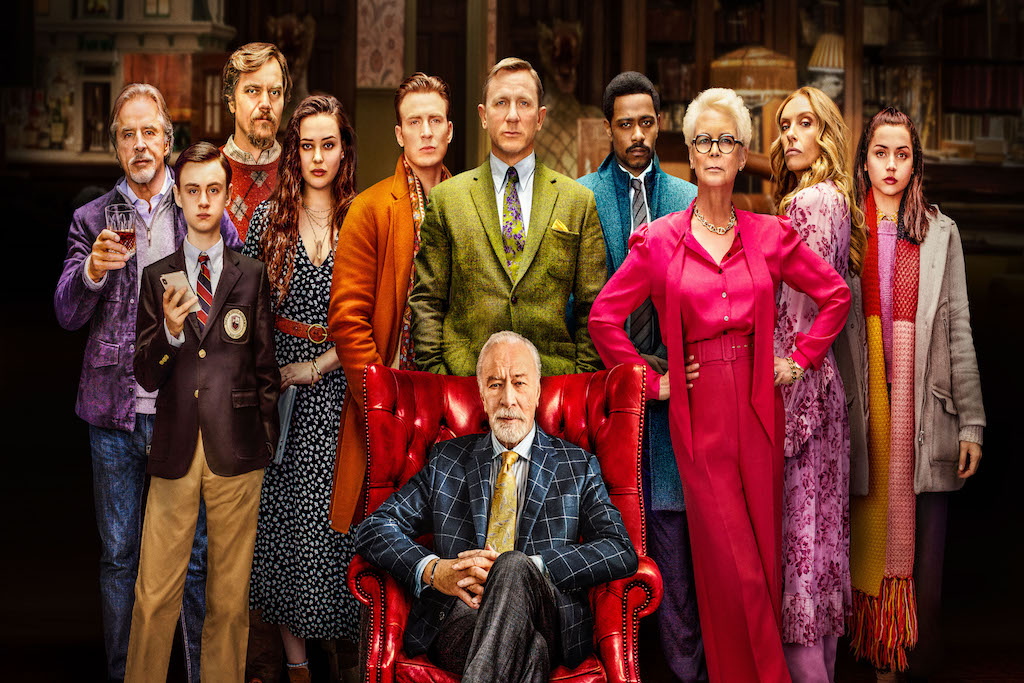 After the presumed pressure of helming a Star Wars feature, not to mention the toxic aftermath that surrounded the divisive Last Jedi, the fun evident within writer/director Rian Johnson’s Knives Out can’t help but be more pointedly noticeable given what he was previously subjected to.

Returning to the genre that birthed his film career, Knives Out is very much Johnson celebrating his roots in the process.  Kicking the film off with the 85th birthday of famed crime novelist (how appropriate) Harlan Thrombey (Christopher Plummer), Johnson establishes the predictable tropes of the genre early on before subverting expectation at each possible turn.

Thrombey’s vast wealth is made a point of being known, and given that the extended dominion of family that have come to celebrate the occasion are all framed in a particularly unlikeable manner, we’re unsurprised that Harlan’s monetary assets will be of grave importance when he is found the following morning dead, the victim of apparent suicide.

The investigating police officer (Lakeith Stanfield’s Detective Lieutenant Elliot) is eager to wrap the case up without much of a fuss, but the more intuitive detective Benoit Blanc (Daniel Craig), a Southern gumshoe in the most traditional sense, believes there’s more to this case than what appears on the surface, especially since he’s been hired by an unknown figure to investigate both Harlan’s death and the Thrombey family in general.

It’s a classic whodunnit (until it isn’t), with nearly every member of the family harnessing their own valid reasons for wanting to bump the patriarch off.  Everyone except for sweet Marta (Ana de Armas, emerging as the film’s most sympathetic character), Harlan’s caretaker and subsequent confidant, who appears to be the last person that saw him alive, and therefore is unwillingly adopted by Blanc to be his right-hand on a case swarmed with distrust; it also proves beneficial to Blanc’s investigation when it is discovered that Marta has a regurgitative reaction whenever she tells a lie.

Given just how much fun Johnson has in compiling this story, any of the social commentary regarding class status he hoped to inject into the script for added weight ultimately feels a little light to truly land as a talking point once the film is done.  Knives Out succeeds best as a form of entertainment, and for its 130 minute running time, we’re treated to an absolute blast of a film, one that is both a testament to Johnson’s intricate writing and to the dedicated cast he has assembled.

Next to Craig’s gentlemanly detective and de Armas’ moral centre, the remaining who’s who all relish the chance to dig into Johnson’s delicious dialogue that is as witty as it is bitter.  If it isn’t Jamie Lee Curtis’ no-nonsense eldest daughter mogul or her MAGA-loving husband, played to perfection by Don Johnson, it’s Toni Collette’s Gwyneth Paltrow-type lifestyle guru and Chris Evans’ snarky trust-fund douchebag that earn the lion’s share of the script’s most enjoyable exchanges; Evans telling each of his family members to “eat shit” is likely to go down as one of 2019’s best retorts.

Another glorious reminder of how joyous and entertaining cinema-going can be, Knives Out is a fresh spin on old-fashioned fun, and deserves to be witnessed by all who appreciate the medium.  And whilst it’s now official that Craig’s turn as 007 is done, perhaps Benoit Blanc (or CSI: KFC as Evans so sarcastically dubs him) can serve as his next career trajectory – because he certainly appears to be enjoying himself a lot more.

Acclaimed writer and director Rian Johnson (Brick, Looper, The Last Jedi) pays tribute to mystery mastermind Agatha Christie in KNIVES OUT, a fun, modern-day murder mystery where everyone is a suspect.

Knives Out (M) is screening in Australian theatres from November 28th 2019.