You are here: Home / Entertainment / Books / Island in the East by Jenny Ashcroft – Book Review 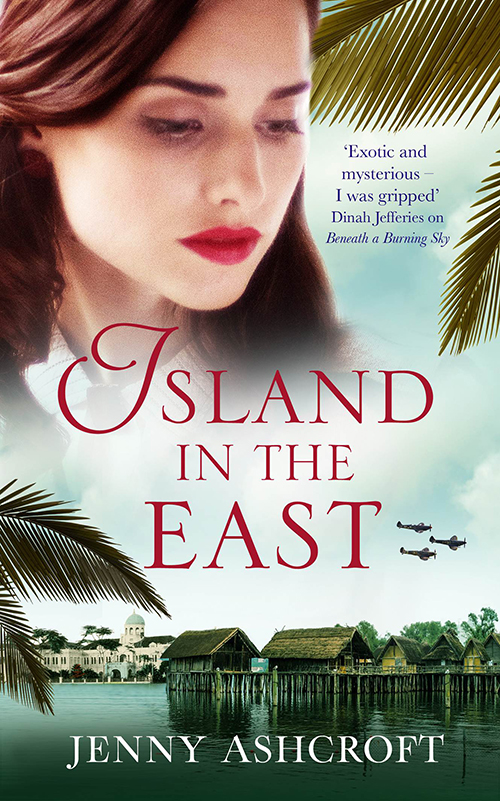 Island in the East by Jenny Ashcroft, who also wrote the popular novel, Beneath a Burning Sky, is a dual narrative novel set in 1890’s and 1940’s Singapore.

1897 – Identical twins, Harriet and Mae Grafton, rumoured to be the daughters of an unmarried servant girl and their wealthy benefactor, Mr Palmer, have been sent to Singapore from India. Mr Palmer, a rubber planter, has decided that, at 20 years of age, they should be sent to his distant relative, a Mr David Keeley. David is the Governor of Singapore’s right-hand man, but of limited means. He is to inherit Palmer’s full estate upon marriage to one of the girls. The twins, once inseparable and privy to each other’s hopes and dreams, become caught up in the tension regarding David’s decision. Their relationship completely disintegrates when they are introduced to the handsome and intelligent Alex Blake. One twin will betray the other, resulting in life-changing consequences, which will be passed down to later generations.

1941 – Ivy is Mae’s granddaughter and was brought up by her grandmother in London after her parents were killed in WW1. Her father, Beau, was Mae’s much-loved son. Ivy has been serving as an intelligence officer with the women’s naval service in blitz-torn London, where she survived a bomb blast. Despite ongoing problems, she is sent to Singapore for war duty as the threat of invasion by the Japanese escalates. There, much to her surprise, she meets friends of Mae’s from the 1990’s and learns of Harriet, who Mae has never mentioned. Close friendship with other service women will support her through the atrocities of war. And, in the midst of chaos, she will find unexpected love.

In this historical novel, whether living under the hierarchy and its hypocrisy in the 1890’s or with the uncertainties and horrors of the Japanese invasion of Singapore in the 1940’s, each has its own price to pay. Will love triumph in the end?

The highly descriptive narrative evokes the wonderful scents, colours and scenery of Singapore, as it does the oppressive heat and humidity. The characters are well written and memorable, whether for good or ill. This is a very readable book that keeps its secrets until the very last pages.

Jenny lives in Brighton with her husband and two children. Before that, she spent many years living and working in Australia and Asia – a time which gave her an enduring passion for stories set in exotic places.

She has a degree in history and has always been fascinated by the past – in particular, the way that extraordinary events can transform the lives of normal people.

Her first book, Beneath a Burning Sky, was an instant hit with readers who fell in love with Jenny’s wonderful, evocative storytelling. Island in the East in her second novel.