You are here: Home / Entertainment / Into the Night by Sarah Bailey – Book Review 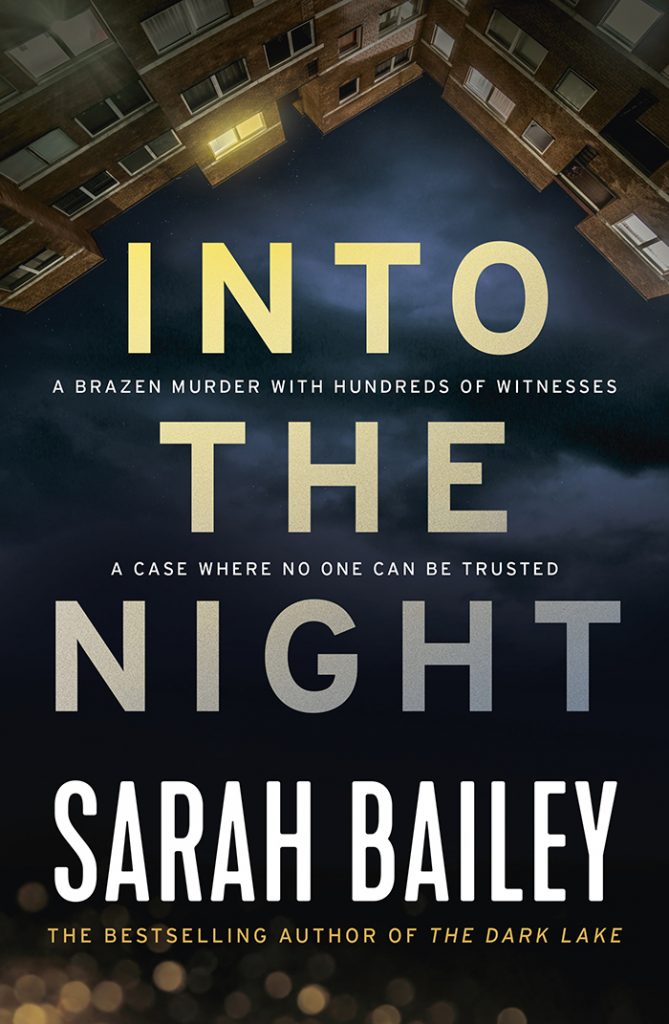 Into the Night by Sarah Bailey, whose acclaimed debut novel, The Dark Lake, introduced the reader to Detective Gemma Woodstock. In this second novel, Gemma has made the heart-breaking decision to leave her small, country hometown to work in Melbourne.

She is paired with Detective-sergeant Nick Fleet, who is proving not only unhelpful but often downright rude. Their boss, Chief Inspector Toby Isaacs, although polite, keeps his colleagues at a distance, which Gemma finds unnerving. She feels isolated and depressed by the move.

When Gemma attends the scene of the murder of a long-time homeless man, Walter Miller, she can relate to his lonely existence. Sadly, he has been stabbed while spending the night in a little-used tunnel.

She has scarcely had time to proceed with the case when she and Fleet are sent to deal with the murder of Sterling Wade on the set of a film shoot. Wade, who has recently turned from soap opera idol to movie star, plays the lead in the Zombie Apocalypse movie, ‘Death is Alive’. Bizarrely, he was killed during a crowded battle scene, which greatly impedes the possibility of solving the crime.

Wade’s murder is also complicated by family feuds and uncertain truths regarding relationships with friends and colleagues.

Added to this is the ongoing Jacoby case, which involves a young woman falling to her death from a luxury apartment balcony during an argument. This is disputed by the accused and a missing witness is sought.

Are the three cases related and will any of them be solved and laid to rest?

Can Gemma survive the stress of the workplace and her complicated lifestyle, both in the city and back home?

This is a rather complex novel with three deaths being investigated at the same time, and with diverse groups of characters linked to each. Gemma’s tortuous existence, both as a cop and an absent mother, adds to the rather toxic atmosphere. Nevertheless, Into the Night is well-written and very readable with unexpected endings that will satisfy the expectations of any avid crime thriller lover.

Sarah Bailey is a Melbourne based writer with a background in advertising and communications. She has two young children and currently works as a director of creative projects company Mr Smith. Over the past five, years she has written a number of short stories and opinion pieces. Her first novel, the bestselling The Dark Lake, was published by Allen & Unwin in 2017.