You are here: Home / Interviews / Interview with Shane Thompson from Afternoons with Albert 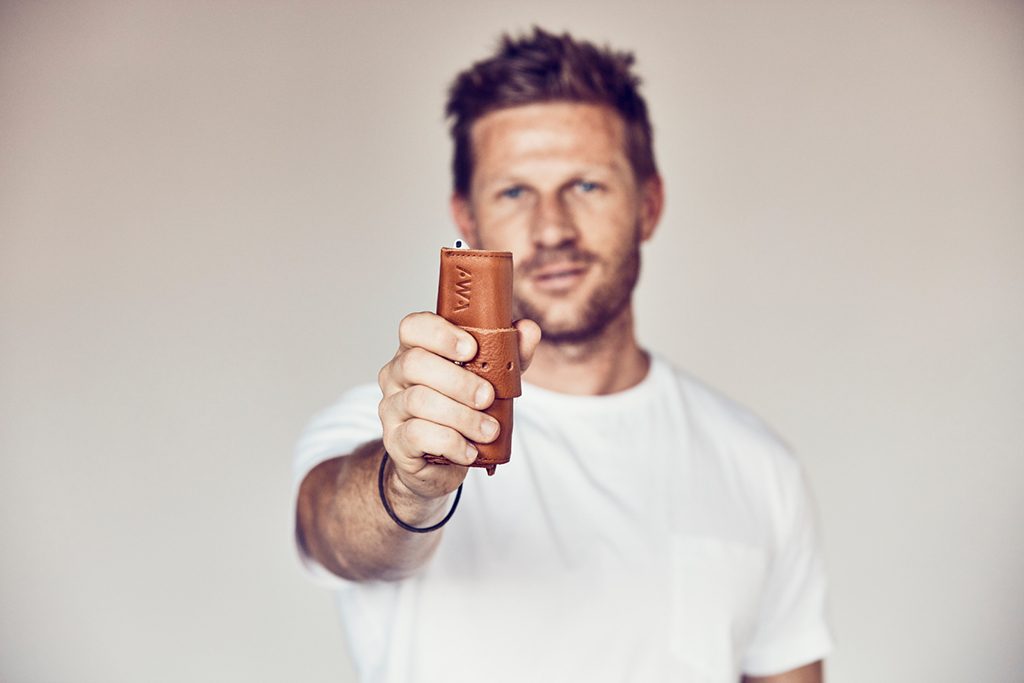 We recently caught up with Shane Thompson from Afternoons with Albert, who kindly gave us an exclusive interview:

Tell us about your company & What motivated you to design a cord roll? :

As a child, I spent Sunday afternoons with my grandfather (Albert) in his shed. He was an avid carpenter and tinkerer. I would pass him tools and do the small jobs, eventually graduating to making stuff of my own, with his guidance, for the family home.

After the work was done we would retire to the garden and eat cake and drink tea, lovingly prepared by Nanna. This memory forms the basis for the name of the label.

After he passed, I was given all of his tools and set them up in a shed of my own. It was a place where I would go to get lost in ‘making’. I would dream up designs, then go create them. Seeing them come to life was amazing, and as a kid very liberating.

This background, coupled with my inquisitive nature means that I always have to know how something works – I am forever interested in the design of functional, utilitarian things.

When I became an international pilot for QANTAS at 25, I was suddenly exposed to an entire world of design (pun intended).  Having the globe as inspiration, and a jet to access it all has only strengthened my interest and passion in the design space.

I have always loved music, and am often transported to another time and place when I hear a certain song. Entire periods of my life can be characterized by particular albums – my late 20’s were Hot Fuss by The Killers, and Sex on Fire by Kings Of Leon, for example.

One of my favourite things on earth is to get lost in a new city, listening to music … just walking around for hours, in and out of coffee shops, down lanes, talking to strangers.

But it struck me that I never remembered to take my charging cable – so my phone would always run flat before I was finished exploring. Even worse, stuffing my earphones into my pockets would always produce a horrible mess, and I found I was taking endless amounts of time untangling these things when all I wanted to do was be in the moment and enjoy wherever I was.

So I guess I had a ‘there must be a better way’ moment, and began experimenting. My creative process is incredibly authentic, in that it’s not forced – if I don’t like a design then I can’t workshop it. But when I do resonate with something, it becomes part of me, and I can’t stop thinking about it. I know I am ready to put the pen down and bring the tools out when I can see the design in my head in 3 dimensions, I can turn it around, up and down and inside out, and look at it from every angle – that’s when I know I’ve got something. 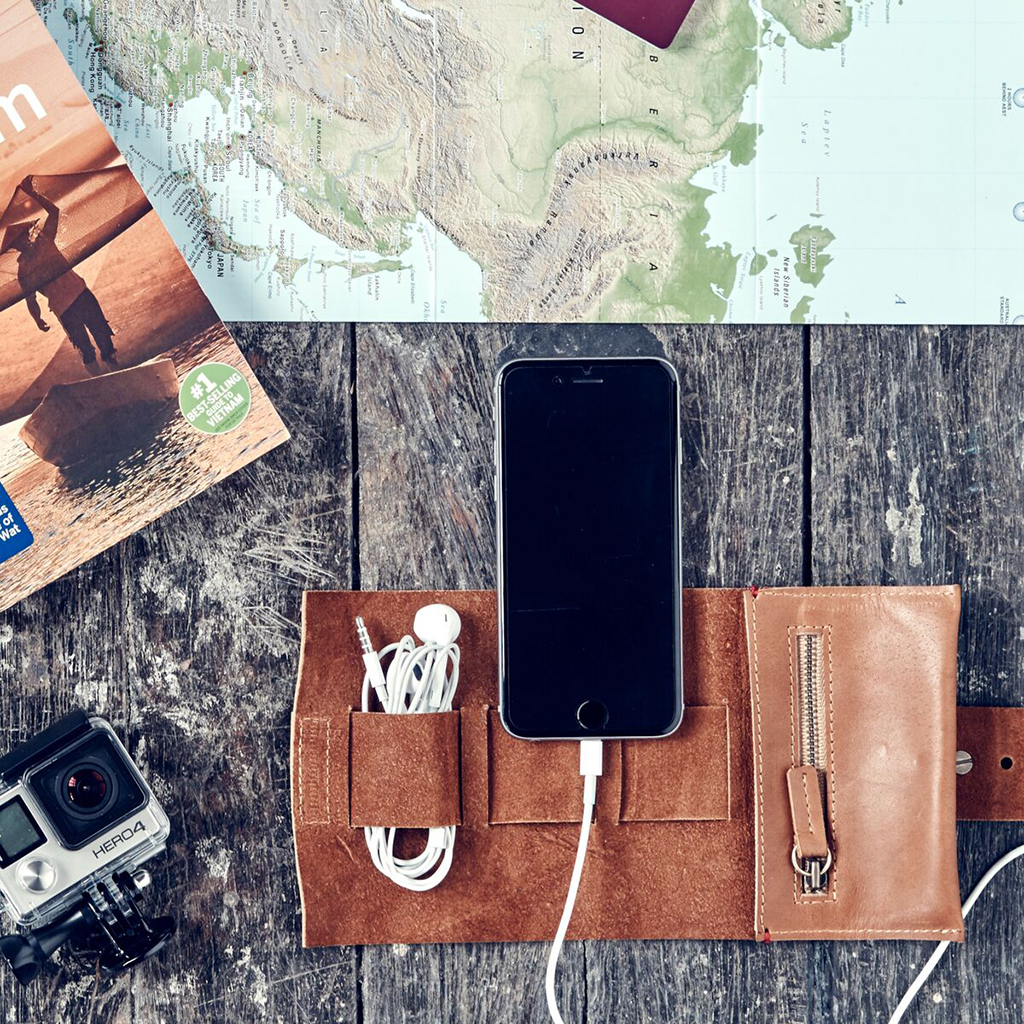 When did you launch your label?

In 2015, via a very successful Crowd-Funding campaign.

There is no one single highlight that really stands out. Being funded in 11 hours after launch was pretty big, but the journey of building a brand by yourself, from scratch is one that provides highlights every day.

To see something that is a part of you, grow and mature every day is incredible. Those moments where you step back long enough from ‘doing’ and look back on the journey thus far, are very special.

What are you currently working on?

There are a few new products in the pipeline, but a lot of work at the moment is going into building the brand and the team behind the brand, and the systems that link the two … just like flying an aeroplane.

I love the creative process and how it’s an organic part of ‘my story’. My story IS my passion.

I am still gaining insight into life from the early days spent with Grandad. For he taught me principles, rather than methods.

He taught to me to think outside the box – to challenge myself to ask “how”, rather than to accept the way things were. He changed my thinking from “it can’t” to “what if it could”.

One day we needed a certain type of hinge to make a cupboard open and shut a certain way. A trip to the local hardware store and nothing – the hinge didn’t exist. I thought we were beaten, that it couldn’t be done.

But in the time taken to drink a hot of cup of tea, the shade of a fern, some paper blown clear of sawdust and a thick carpenters pencil, we had a new hinge drawn up … and made that afternoon. And Nana had a place to put her broom – in an impossible spot that would never have made sense if not for the hinge. He loved her so much, I remember so clearly the delight in his face as he opened and shut the little cupboard in front of Nanna at the end of that day. To have changed her ‘everyday’ in such a small but impactful manner gave him his reason for being.

I knew then the power of the small things, the minutia that people often overlook – that when done right can have such a huge impact. Everyone always says ‘it’s the little things in life” …

What’s your favourite destination to travel to?

All the destinations are all incredible for their own reason – both in terms of the cities themselves, and the routes we fly to get there … seeing the Antarctic icebergs on the African route, breakfast over the mountains of Afghanistan on the London Route, the Philippine islands on the way to Hong Kong, and the deep, frozen south coast of South America is unlike anything you can imagine.

I often answer this question by saying:

“If QANTAS made me pick one single destination to fly to for the rest of my career, it would be London. I love the familiarity of London, but mostly the fact that within 3 hours you can either be in Morocco drinking peppermint tea or experiencing the freezing depths of St Petersburg in Russia”. 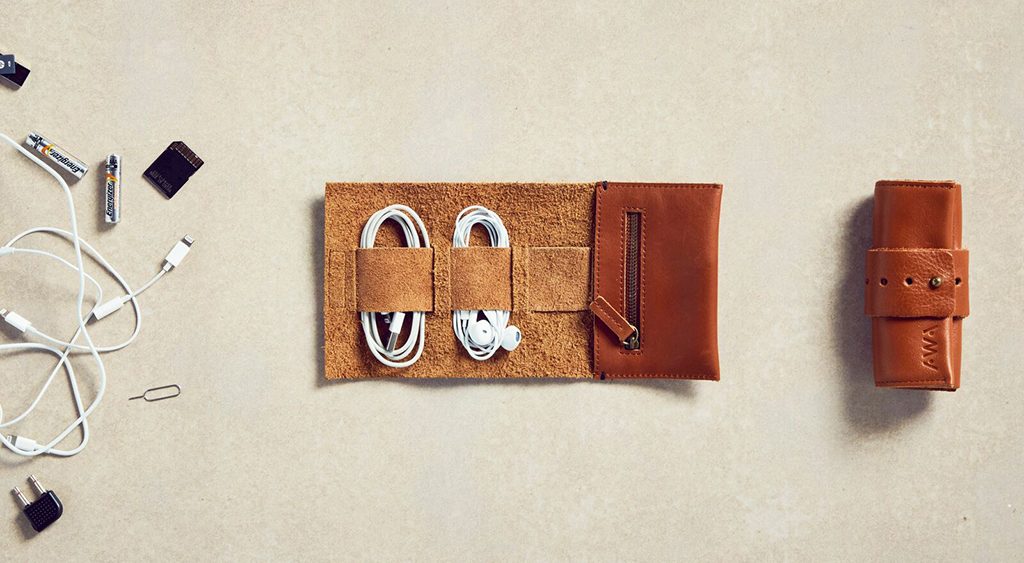 Do you have any tips for packing?

Rule 1 – if you can, travel with hand luggage only. This informs every other rule of packing that you’ll find on the internet.

Best Tip – if you put passports/cash in the hotel safe, also put one of your shoe’s in there when you lock it. It’s very hard to check-out wearing only one shoe … 😉

I am writing this from 35,000 feet while on a rest break from Sydney to LA. So next up for me, in about 9hours, is a sleep in the hotel in Long Beach, before meeting up with a photographer in downtown to do some product shots.

Afternoons with Albert was founded by Shane Thompson and is dedicated to solving those small problems that we all face, particularly when travelling – that end up taking you away from ‘the moment’.

With a passion for design that started as a child, my first product came from a very authentic place, after using my phone all around the world to listen to music and find my way around foreign cities. This first product is The Cord Roll – made from full grain cowhide, it allows the user to keep their headphones and charging cables in the one spot, and UN-tangled.

The Cord Roll is available from the Afternoons with Albert online shop.