You are here: Home / Interviews / Interview with Lucy Martin from Archer Brewing and Patch 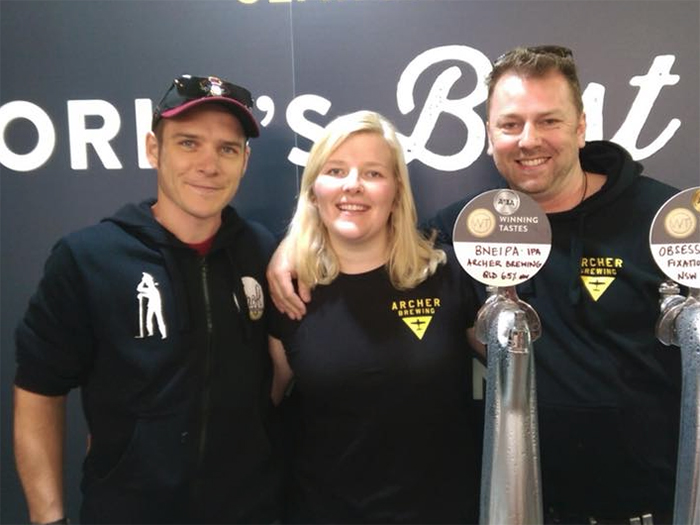 We chatted with Lucy Martin from Archer Brewing and Patch.

What motivated you to start a brewery?

I’d been in beer for a while, and just moved back from the UK, where I worked for Brewdog, and got a good understanding of the industry over there. I came back and worked as a beer sales rep. After visiting all these places in South East Queensland… I started to see the areas of the industry that was lacking. Archer Brewing was all about approachable easy to drink beer for this kind of climate.

Then we looked at another area which is small here, but huge in the UK, fruit beers. Patch was born from that. When our brewer Gavin Croft came on board, we asked him if it was possible to brew everything with 100% Australian ingredients. That has now become the backbone of both Archer and Patch. Keeping everything as local as possible, and celebrating our country’s produce.

Tell us a little bit about the space…

Our brewery is underneath one of the oldest pubs in Brisbane. It’s beautiful to look at, and a bit of sweatbox to work in! Next to it, looking in, we did up a little room to create Archer’s Bunker, a World War 2 themed Air Raid Shelter bar that sells our beer. 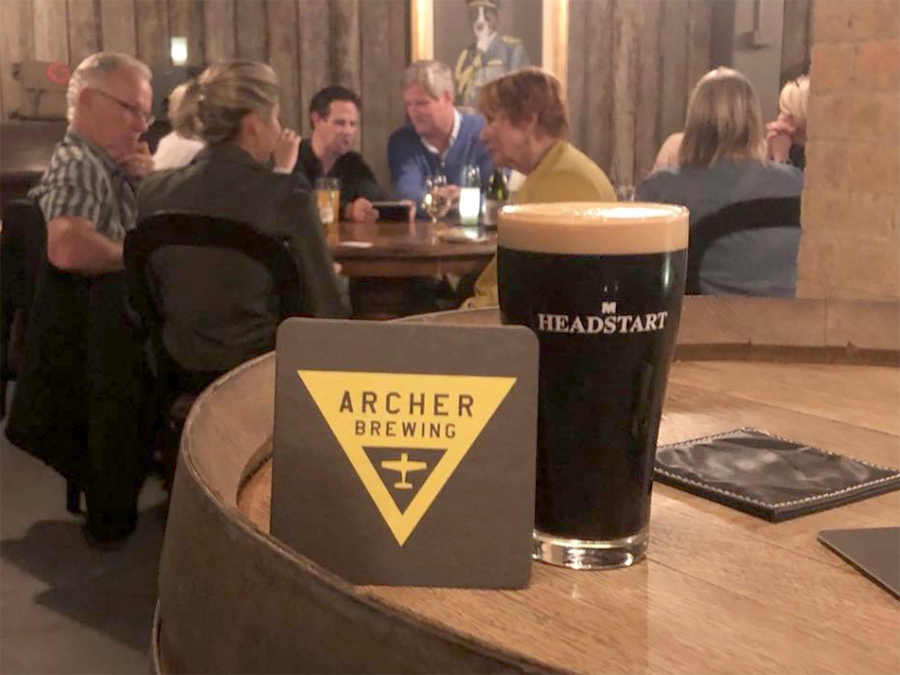 What’s your most popular product?

Probably the Pale Ale form Archer Brewing. Though we have a collaboration brew we did with Dainton that’s the Aeroplane Beer, an Imperial Pilsner brewed with Aeroplane Jelly. It’s quite dry and refreshing with a hint of Jelly at the end. It’s also bright green.

What’s unique about your beer?

The 100% Australian thing. I think we’re the only brewery in Australia that can say that about all our products.

Anything Garage Project. I’m desperate to try the Whittakers chocolate collab stout. The Dirty Roots is probably my go to of theirs.

If you could only have one beer for the rest of your life. What is it?

Without sounding cliché, and arrogant, Archer Brewing’s Pale Ale. It’s the first beer I’ve come across where I can just have an endless amount. Which is full credit to Gavin.

What’s your favorite food to eat with beer?

Tacos, or Mexican food in general.

Judi Dench or Tim Minchin. Both would be a riot on the beers I think. 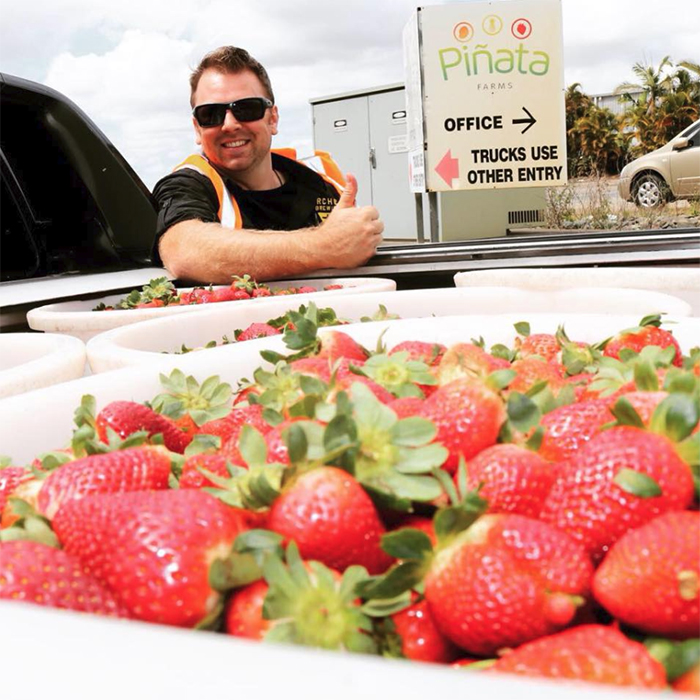 What has been the highlight of your career?

The awards we got from the INDIES. Getting that many golds, as a brewery still in its first year was just amazing.

Hopefully an increase in needed production rate so we can justify building our own brewery.

Archer Brewing are an independent Brisbane based brewery. Our fleet of beers are 100% Australian made and each contains less than 5ppm of gluten. The range includes IPA, Pale Ale, Lager and Pilsner.

Patch Brewing is launching it’s newest spring release, the Strawberry Ale at Bloodhound Bar on Friday the 5th of October 2018, as well as doing a Karma Keg of the beer, with all sales proceeds going back to the farms.Given what the strawberry industry is going through lately, it seemed a no-brainer to chose strawberries as the fruit for this Patch beer. Patch beers are all about using the freshest and most local produce possible.

They will be participating at the upcoming Crafted Beer & Cider Festival on Saturday 6 October 2018 at Broadbeach. This year’s event features over 35 local and interstate (and an international!) breweries bringing along over 150 craft beers, ciders and ginger beers for you to sample, while listening to a full day of live music and chomping down on some delicious eats from some of South East Queensland’s finest food trucks.