You are here: Home / Interviews / Interview with Dan and Ed of TradeMutt 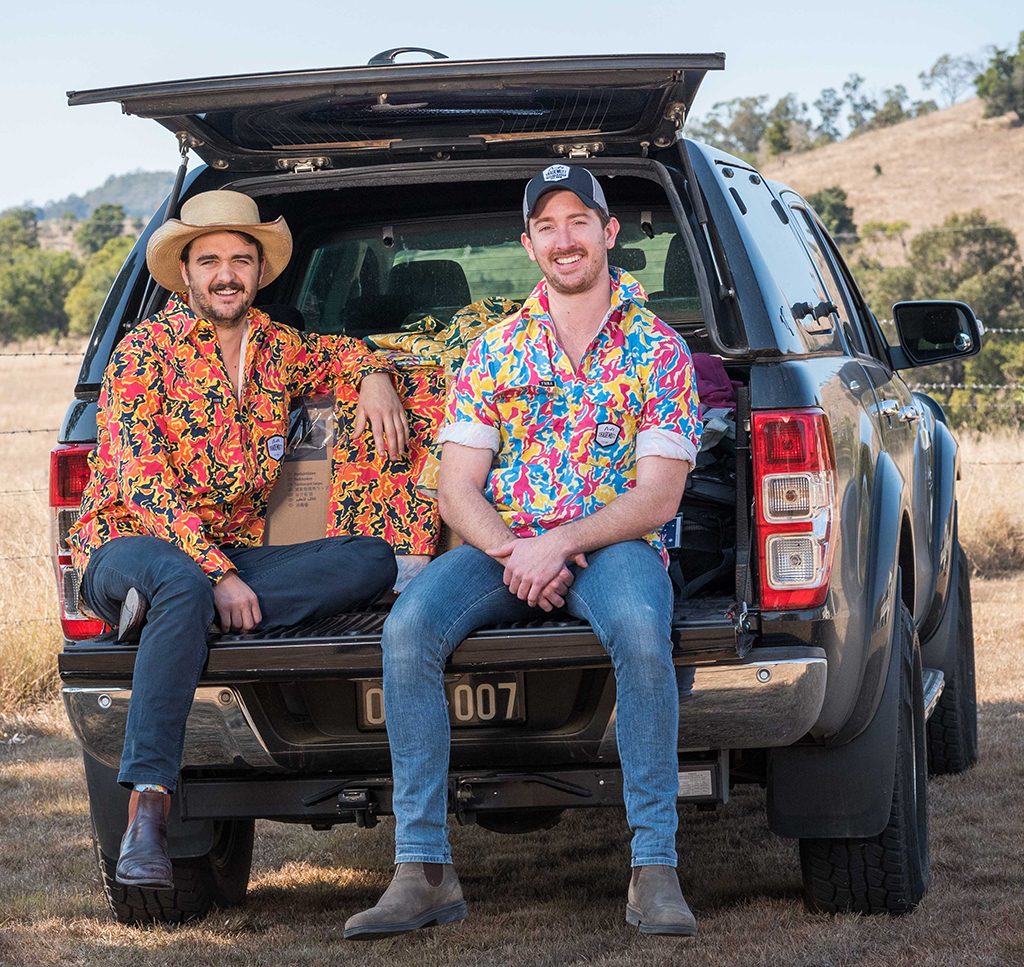 We chatted with Dan and Ed founders of TradeMutt after being locked in port-a-loos for 24hours.

Why on earth did you spend 24 hours in a portaloo? And how did you pass the time?

As a couple of tradies, Ed and I have spent our fair share of time inside a Portaloo. On a building site, it is one of the only places of refuge to go and hide away when you need a minute. We drew comparisons of that to the way it was quite representative of how blokes out there are locking themselves away and hiding their emotions. For everyone on the outside, getting the view of inside a toilet for the first time was a great way to display vulnerability but in a bit of an interesting way. Its normally a very private space but we laid it all out for everyone to see.

We thought that two Portaloos in the middle of the CBD mall would stand out quite a lot, which they did. They were also the perfect conversation starter which is what we are all about, starting conversations around mental health.

I (Dan) spent about 14 hours filming myself on Facebook live so that definitely helped pass the time. Engaging with people who were able to tune in and watch from all over the world was really fun. We kept it fun and chilled out but also kept going back to our key messages and discussing some pretty serious stuff. The balance was good.

I was also swinging the door open and inviting people to come and say “G’day”. I’m a people person and love chatting to new and interesting people, and that stunt certainly introduced me to a few.

How did the experience change you?

I don’t think either of us really had any kind of life-altering experience. We were just our true selves in there and took it for what it was. I think people could relate to the fact that we were just two normal lads trying to get the conversation started and change people’s perception of mental health. 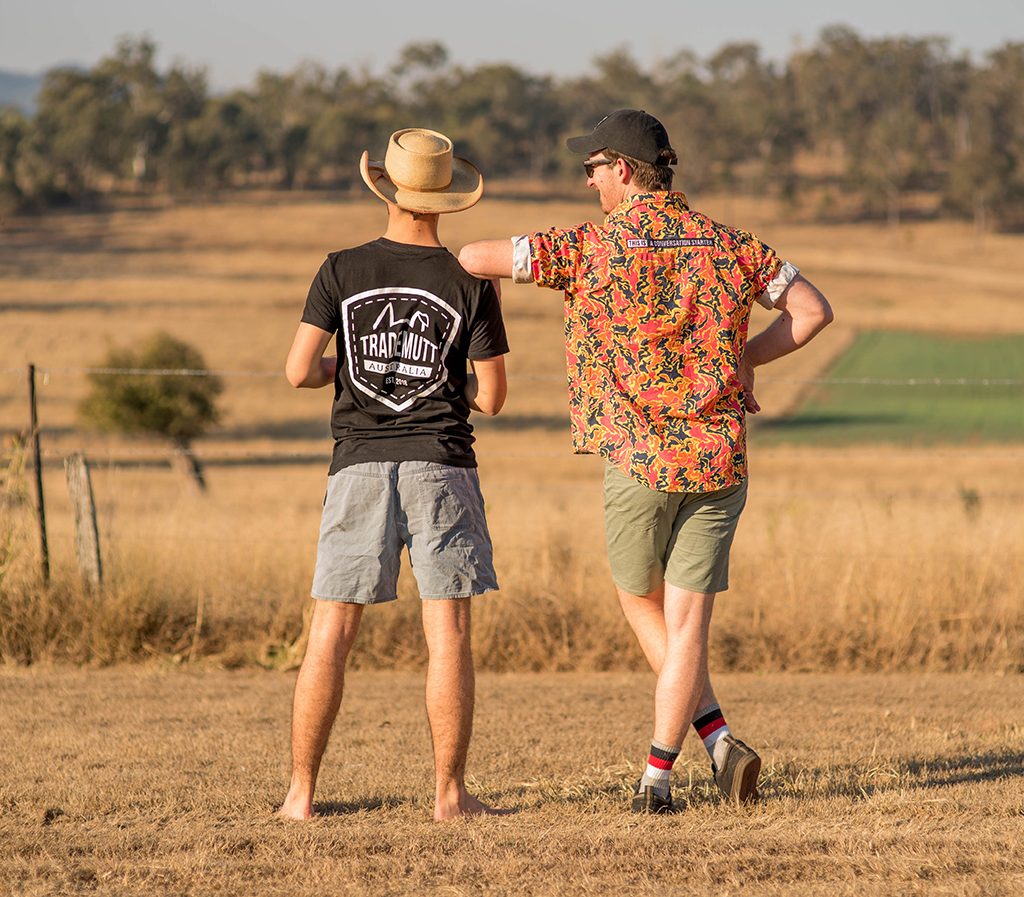 Tell us about TradeMutt in a few words:

TradeMutt is a progressive social enterprise creating bold and vibrant workwear that is designed to start conversations around mental health in a fun and interesting way.

What motivated you to start TradeMutt?

Losing one of my best mates to suicide in 2016 certainly opened up my eyes to the situation surrounding mental health and suicide in this country, particularly among young men. That plus the fact that 10 years on the tools meant that I had worn my fair share of boring workwear. These are two factors both very close to my heart that meant the fit for this business was perfect. It’s Ed and I in a shirt.

Who designed the shirts?

We managed to find a really cool young graphic designer who had heaps of experience with his own clothing labels. It took a little while for him to get right inside our heads but after a lot of trial and error, we got to our funky camo design that we knew was perfect. While we have designers working on this stuff, they take all the creative direction from us so what we’ve ended up with reflects exactly what we wanted.

Why do your shirts have “This is a Conversation Starter” on the back?

If its not already blatantly clear that the shirts are a conversations starter on their own, we had the backs embroidered to be sure that the idea of the shirts would not be lost on anyone. These things are designed to spark real and genuine conversations in a world where verbal communication is a lost art. If we can get more people talking and to genuinely connect, we will go along way to improving the situations around mental health. 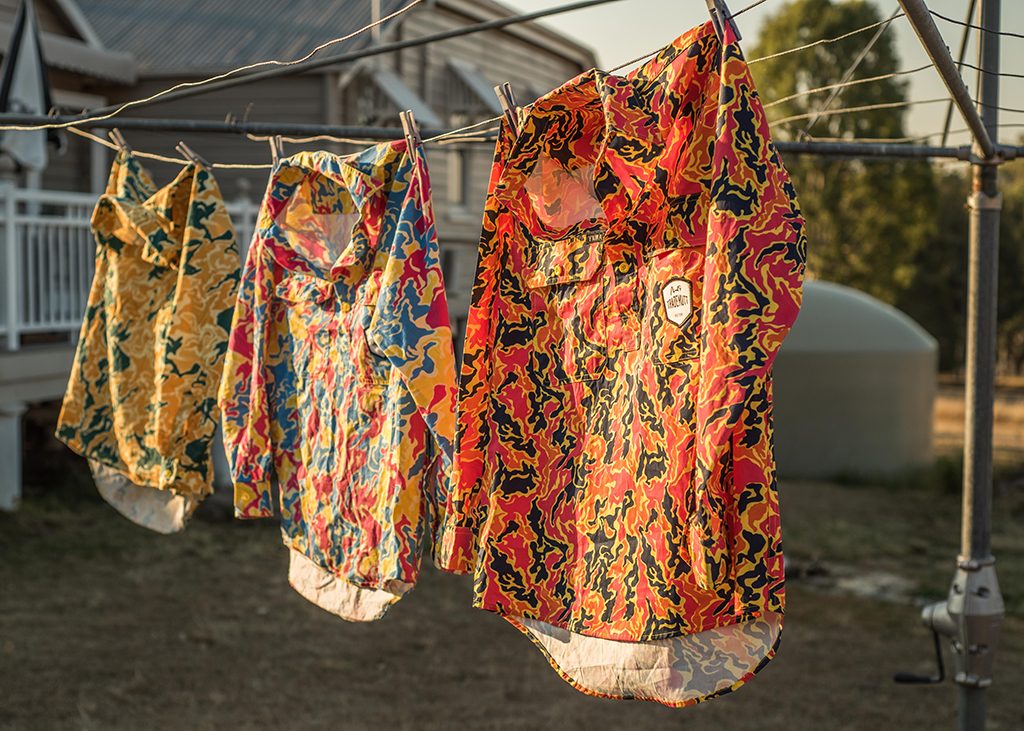 What’s the biggest misconception people have about people who are thinking about suicide?

It’s hard to say, because often you don’t know they are considering it. However, what people don’t realise is that anyone considering suicide is not doing it of their own free will. They don’t choose to have those feelings. It is an illness just like many other illnesses out there that kill people.

Often, they feel that their suicide will be a weight off the shoulders of everyone else in their lives and that they will be doing those people a favour. It’s all about perception and that’s what we are trying to change.

If I buy a shirt, where does the funding go?

We are currently establishing the THIS IS A CONVERSATION STARTER foundation. We wanted to be able to control our own outcomes because we have some pretty specific ideas that we want to be able to fund to affect the issue around mental health. We are taking a very fresh and different approach to the way this has been handled in the past. The idea of the TIACS foundations will be to facilitate conversations between people or professionals but in a very eye-catching and different way.

Do you have any future plans for TradeMutt?

We have some massive plans in the works for TradeMutt. We have started outside the box and that is where will stay. We aspire to be the world’s first B corp workwear company and have plans to grow this thing as big as we can and become a global brand, doing good.

In the meantime, we have new colourways and caps coming before Christmas as well as high vis shirts and some pretty awesome socks in the new year.

To find out more about TradeMutt or to buy a shirt head to the TradeMutt website: https://trademutt.com/