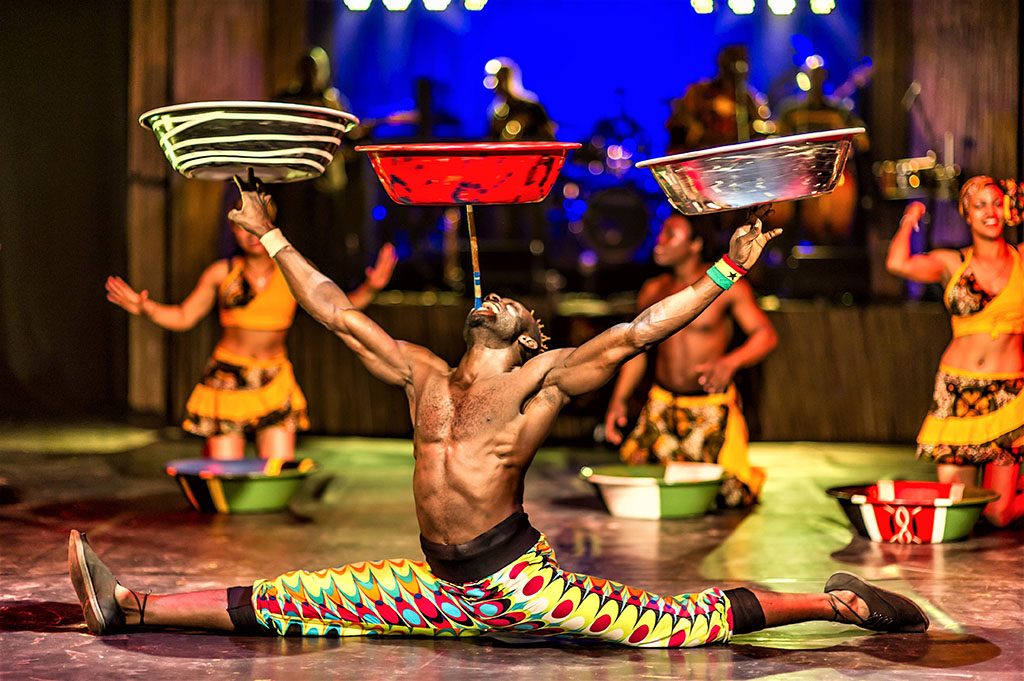 We caught up with Omary Ramandhani Omary who has a number of star roles in the upcoming Cirque Africa.

What roles do you play in Cirque Africa?

Where are you from originally?

How long have you been with Cirque Africa?

I’ve been in Cirque Africa since the beginning, in 2003 which was when the acrobatic school was first formed in Tanzania.

Cirque Africa is a cultural experience with no religion, cultural or language barriers.

My first inspiration in performing was watching Kung Fu movies like Jackie Chan, Van Damn and I used to try to copy all the moves I saw. 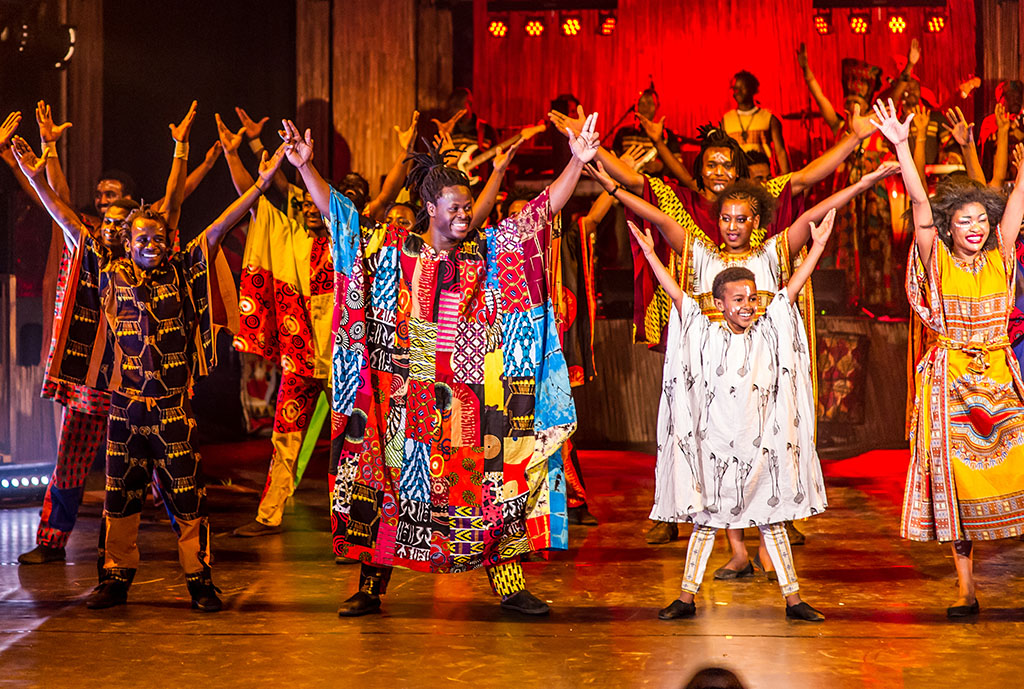 What do you believe makes a good live show?

A good live show is made of many elements but the most important is to keep the audience excited until the end of the show. For Cirque Africa, it is a mix of energy, laughter, exciting acrobatics and high energy dance moves all backed up by lively music.

How is Cirque Africa different from an old-school circus?

Cirque Africa is different in the sense that we have taken old school circus and refurbished it by adding African cultural elements to each act with African music adding to the African energy.

What’s one thing people are often surprised to hear about Africa?

Most people who have never been to Africa always think that Africa is still a jungle and that it is still backwards with disease and poverty. But when you tell them we have cities that are sometimes bigger and much more modern than some Australian cities they are surprised. They are shocked when we tell them Africa has internet, which is much cheaper than Australia. People mostly believe what the media shows them.

Where do you recommend people go, if they were going to visit your country?

Mount Kilimanjaro and the beaches of Zanzibar. 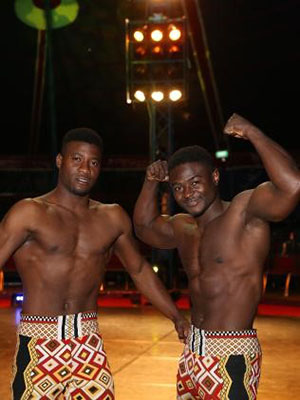 What’s been your proudest moment?

The Alexis Brothers were my first inspiration and today, are my favourite acrobats. They are a big old now but they still perform with Cirque Du Soleil in Las Vegas.

Do you have any plans for the next 12 months?

I hope to get married and start a family with my Australian girlfriend in Canberra.

Cirque Africa is a kaleidoscopic, high-performance show that celebrates the colour and culture of Africa, starring 22 performers from six African countries. It’s the show that won five stars at the Adelaide Fringe Festival this year, is acclaimed as the greatest performance experience from Africa.

The Zimbabwe-born Ruddle, draws many of his talented cast from the ranks of the Hakuna Matata Acrobats trained at the school he established in Tanzania in 2003.

The show is uplifting, celebratory and joyous. It’s also a critically acclaimed acrobatic and dance experience, born of Ruddle’s desire to celebrate Africa’s colour and people with audiences all over
the world. Amazingly skilled performers spin more than just bowls and hula hoops – they build a 10-person human pyramid and bring a whole new meaning to pole dancing. Each high energy act and spectacular dance from different parts of Africa is performed to original, joyous heartbeat-driven rhythms of African music custom-composed for the show. It’s music that stays with you long after final bows have been done.

As always, it’s the artists that make a show special, and Cirque Africa has special in spades! Consider standout strongman Omary and Fadhili Ramadhani who were originally troublemakers on the streets before Ruddle intervened. They balance head to head, dependent on each other’s strength and skill and despite the identical last name, the pair are neighbours rather than relatives. They grew up together in Dar es Salaam, Tanzania, and were there when Ruddle first started Cirque Africa.

Cirque Africa won 5-star reviews at this year’s Adelaide Fringe Festival and was the top-selling show of the hot ticket items for festival goers.

Cirque Africa will be showing in Brisbane from 24 October to 4 November 2017 – with evening, weekend and matinee performances. It will be held at the Roundhouse Theatre, La Boite, Musk Avenue, Kelvin Grove. Book your ticket online at:  http://www.cirqueafrica.com.au/bookings/shows or https://laboite.qtix.com.au/event/lab_cirque_africa_17.aspx