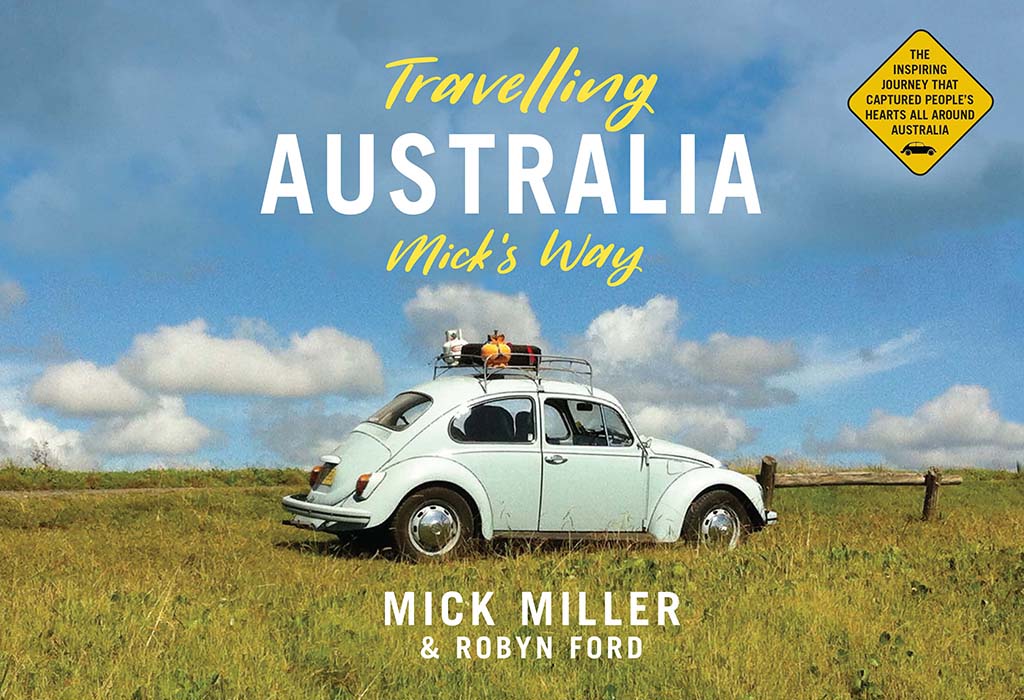 We recently caught up with Mick Miller, author of Travelling Australia Mick’s Way, who kindly gave us an exclusive interview.

Travelling Australia Mick’s Way captures in words and pictures my journey of discovery and recovery (post-cancer) around Australia in a 1968 VW Beetle.

What motivated you to take a road trip around Australia?

After a cancer diagnosis and subsequent treatment, I wanted to simplify my life. This journey was part of my recovery and to see this great country.

How did you decide where to visit?

I left Sydney and decided to drive north on Highway one and follow that around Australia.

What are your top 5 awesome things a visitor should see or do in Australia?

What was your most memorable experience?

The fact the car and I made it the whole way around Australia.

What have been the biggest rewards from travelling around Australia?

Making people smile, hearing their stories, raising funds for cancer patients and their families to bring some normality back into their lives after cancer treatment.

What have been the biggest hurdles in travelling?

No major hurdles, there were a few challenges along the way – breakdowns and sickness – but I am a big believer in the fact that the Universe will provide and guide me through, which it did.

Who or what influences your photography?

Nature and being present in the moment.

Do you have any recommendations for packing for a long road trip?

How did you manage your road trip budget?

I didn’t actually have a budget and didn’t want the restraints of working to a strict budget. I roughly worked out how much fuel I would need and then lived day to day. 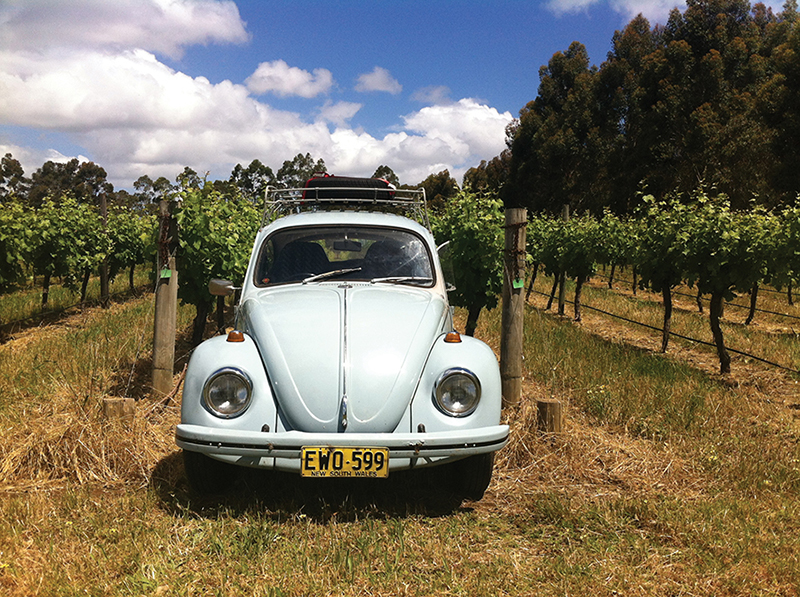 What message do you hope to achieve with your writing and photography?

Let go of expectation, be present, show gratitude, allow the universe to deliver and go with the flow.  Also, we are so lucky to live in such a great country. There is so much to see and do in Australia.

Where are you planning on travelling next?

Because I travelled on Highway 1 and basically followed the coast, I would like to travel to Central Australia and other inland destinations.

I try not to look too far into the future, but I would like to keep delivering my message, possibly by way of film.

Have you ever wanted to travel Australia? Is the trip an item that’s still on your bucket list waiting to be ticked off? After six-times Olympic coach Mick Miller was declared free of throat and neck cancer, he embarked on a journey of recovery and discovery around Australia in his trusty Volkswagen Beetle, The Rocket.

Mick packed the Rocket with a two-man tent, an esky, a sleeping bag, a blender and a few clothes; took a quick look at the map (turned it up the right way), found highway one, and then he was off.

Mick spent 15 months on the road and recorded his journey along the way. Every couple of weeks he would send a video clip and a bunch of photos to his friend Robyn Ford, who transcribed them into the blog that eventually became this book.

From Bulahdelah to Bruny Island, Travelling Around Australia Mick’s Way follows his journey and captures Mick’s daily adventures in the backdrop of the awe-inspiring Australian landscape. His story and his photography are real, heartfelt and inspiring. This book is for anyone who has ever wanted to explore the beaches, deserts and towns of Australia, and a reminder that there is no time like the present to follow your dream.

Mick Miller grew up on Sydney’s Northern Beaches where he still lives. A cancer survivor, he is a performance coach, motivational speaker, and adventurer. As a high-performance coach, he has worked with elite athletes in six Olympic campaigns in swimming, rowing, and sailing as well as with junior athletes and CEOs. His journey around Australia in The Rocket raised funds and awareness for post-cancer recovery. Find out more about Mick on his websites http://mickmiller.com.auandhttps://travellingaustraliamicksway.com.au.