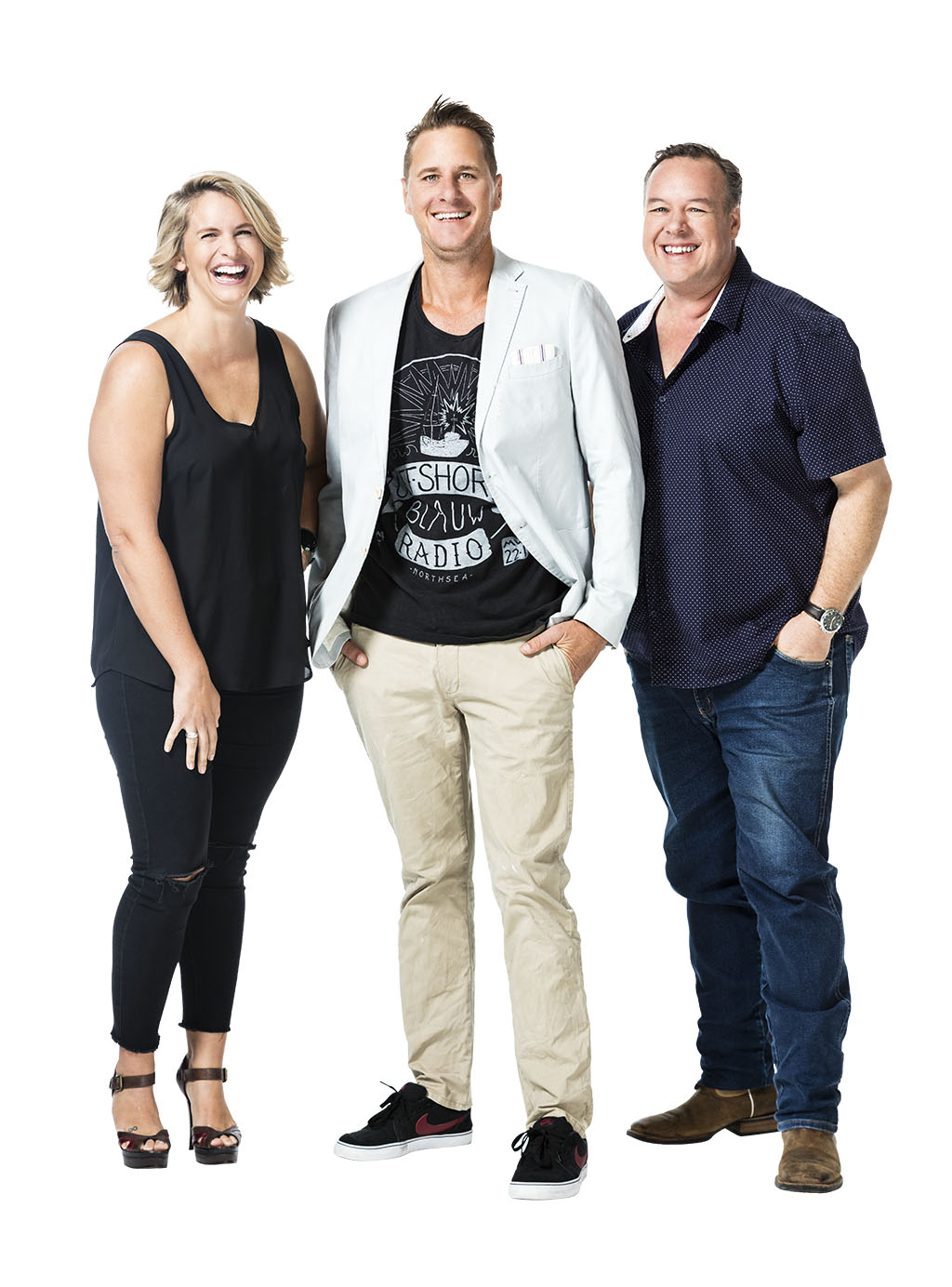 We recently caught up with Libby Trickett, who kindly gave us an exclusive interview:

Describe your style of hosting in a few words

In 2014, I was given the opportunity to fill in for Abby Coleman on B105 whilst she was on maternity leave. It was such a fun experience so when I was approached about doing the Drive Show with Luke & Dobbo on Triple M & Gold FM, I jumped at the chance!

What do you believe makes a good radio host?

Queensland listeners, particularly, do not tolerate pretentiousness so I think you need to be someone who is relatable and honest and who isn’t afraid to take the piss out of themselves. I think a good radio host is not afraid to have an opinion – if you spend your whole time trying not offend anyone, you’ll just be a total bore to listen to.

What’s your most memorable on-air experience?

Accidentally insulting Dave Faulker from the Hoodoo Gurus. I didn’t realise that he could hear our conversa the ion in studio and I was trying to find out information about the band as I had absolutely no idea about them (Rock isn’t my forte). I did it in a very off hand and unprofessional way and I felt so bad about the whole situation, I left the studio in tears and left Dobbo and Luke to do the interview by themselves.

What’s your favourite music to listen to when at home?

What is one track that never gets old for you no matter how many times you hear it?

Anything by Ed Sheeran.

What is one track that was popular that you can’t stand?

If you could eternally be stuck in one year’s music scene, which year would it be?

What’s one thing your listeners would be surprised to hear about yourself or your life?

Probably pretty much anything that we talk about off air.

What’s been your proudest moment?

Getting the opportunity to be part of a local drive show is something that I’m incredibly proud of.

My family inspire me to work hard and I feel very lucky to work with some great people who have been in the industry for so many years.

Do you have any predictions for the future of radio?

There are going to be a lot of changes in Brisbane commercial radio next year with Hamish and Andy departing, Hughesy and Kate joining SCA and Will and Woody taking over the 97.3 Drive shift. Listeners are going to be doing a lot of sampling of stations so it’s going to be an exciting opportunity for our local, and relatively new, show to make an impact on the market. It’s also going to be awesome for Luke, Dobbo and I to share the Triple M Afternoon/Drive timeslots with Mick Molloy and Jane Kennedy who are such seasoned performers.

In the coming years, I think we’ll see podcasts rising in popularity as well as more people accessing digital radio so it’ll be interesting to see how that impacts traditional radio.

Do you have any plans for the next 12 months?

I’m having another baby in March so that’s going to really be my focus for a large part of next year, but I will be back on air in mid-2018 so I look forward to juggling life with a toddler and a baby (Luke and Dobbo) as well as life with my two actual children!

Libby Trickett is an Olympic swimmer and gold medallist, Australia’s golden girl, the girl with the mesmerising smile, mum to one and expecting her second with husband Luke in 2018. Libby is co-host with Luke Bradnam and Ben ‘Dobbo” Dobbins on Triple M’s brilliant Drive Show every weekday afternoon- the city’s only live drive FM show.