You are here: Home / Entertainment / Books / Henry VIII And The Men Who Made Him by Tracy Borman – Book Review 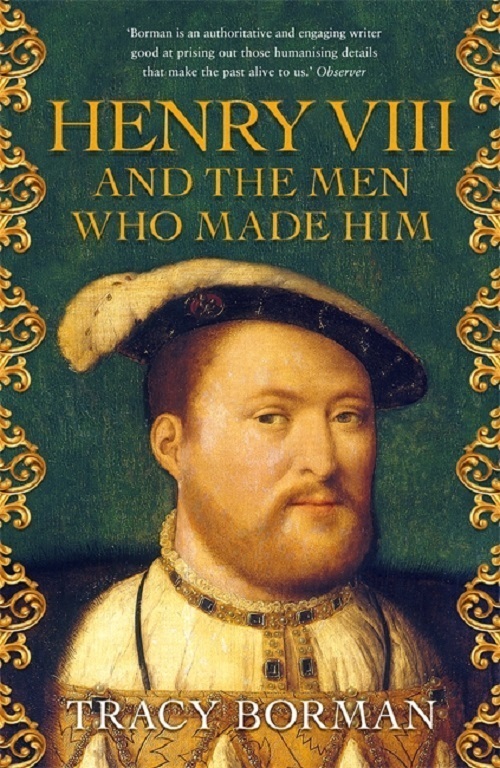 Henry VIII And The Men Who Made Him by Tracy Borman, author of the bestselling biography Thomas Cromwell, reveals the machinations of Henry’s court and his attitude to life from the viewpoint of his male relationships. It is “a biography from the outside in.”

The story of England’s most well-known monarch is told through the eyes of the men closest to him, whether servants, friends, relatives or ministers. These relationships disclose the character of the man who ruled them – his religious beliefs, love of sport, the arts, intellect and wit. His erratic behaviour throughout his reign eventually became paranoia, as many found to their detriment. His cruelty to those who displeased him escalated as time passed and he was unable to trust even those closest to him.

This biography chronicles the rise and fall of Henry’s political and ecclesiastical favourite Cardinal Wolsey, who was the first ‘spin-doctor’ and Charles Brandon who advised him on private and military matters. Henry also became close to Hans Holbein the portrait painter, who depicted Henry and his court in such colourful majesty. Cromwell and Cranmer worked their way into Henry’s favour as the reformation moved ahead and marriages were arranged, then annulled or ended in death. And so the story unfolds like one of Henry’s rich tapestries. So many men played important roles in his life, from the highest, to the lowest, who tended him in his chamber. Last, but not least, there was Will Somer, the ‘Fool’, who lifted his spirits when the burden of office became too much.

Tracy’s extensive and detailed research give a significant insight into the life of the monarch and those who served him. She makes good use of the detailed and extensive correspondence written by Eustace Chapuys, who served Charles V as Imperial Ambassador to England from 1529 – 1545. Also from the despatches sent back to France by the French Ambassador, Charles de Marillac.

Whether or not you have an interest in Tudor history this is a book to be read and enjoyed for its colour and splendour, its plots, intrigues and bloody-mindedness. This is reality reading – it is not for the faint-hearted.

Henry VIII And The Men Who Made Him is available in hardback and paperback.

ISBN: 9781473649880 is joint Chief Curator of Historic Royal Palaces and Chief Executive of the Heritage Education Trust. She studied and taught history at the University of Hull and was awarded a PhD in 1997.

Tracy is the author of a number of highly acclaimed books including The Private Lives of the Tudors: Uncovering the Secrets of Britain’s Greatest Dynasty, Thomas Cromwell: The Untold Story of Henry VIII’s Most Faithful Servant, Matilda: Wife of the Conqueror, First Queen of England, Elizabeth’s Women: The Hidden Story of the Virgin Queen and Witches: A Tale of Sorcery, Scandal and Seduction. Tracy is also a regular broadcaster and public speaker, giving talks on her books across the UK and abroad.