You are here: Home / Entertainment / How Hard Can It Be? by Allison Pearson – Book Review 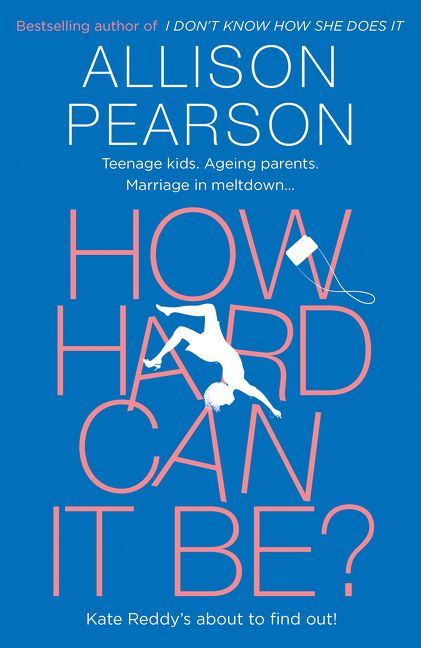 ‘How Hard Can It Be?’ by Allison Pearson is the sequel to ‘I Don’t Know How She Does It’, where Kate Reddy is juggling a career with raising her two young children.

Now she is 49 and about to hit the big five-o, she finds herself suffering from the debilitating symptoms of the peri-menopause. At the same time, she is dealing with the trials of growing teenagers and aging parents. She has become a member of the ‘Sandwich Generation’ with all the responsibilities and insecurities that this stage in life brings.

If this is not enough, her husband appears to be going through a mid-life crisis. After losing his job when they moved back south, Rich, then reveals that he will earn nothing for 2 years while he retrains as a counselor. He will also be in therapy himself twice a week, which will require the payment of money they don’t have.

This, plus the constant demands on their finances for repairs to their dilapidated country house, means that Kate must return to the workplace after a seven-year break. There she finds that not only do men still dominate, but they have become younger and fiercer, looking upon anyone over 40 as a geriatric has been. If she wants to keep her head above water, Kate must find a few new tricks to succeed, including outright deception.

Just as she is beginning to settle into her job, a former client, who almost became her lover, makes a reappearance, which adds to the general mayhem that is now her life.

Allison Pearson writes very perceptively with wit and wisdom of the middle years of a woman’s life. Kate’s story will resonate with women of all ages in all walks of life.

It is a thoroughly enjoyable book that will have the reader crying tears of sadness and frustration, but mostly of laughter. It is both funny and poignant and will touch your heart as in this quote from Kate, thinking back to when her children were innocent toddlers:

“Sometimes I think I wished away their childhood so life would be easier; now I have the rest of my life to wish it back.”

Allison Pearson was born in South Wales, UK. She is an award-winning journalist and author, and feature writer for the London Daily Telegraph. Her first novel, ‘I Don’t Know How She Does It’, became an international bestseller, was translated into thirty-two languages and was made into a movie of the same name. She is a patron of Camfed, a charity that supports the education of thousands of African girls. Allison lives in Cambridge with her husband, their two children and two poodles.